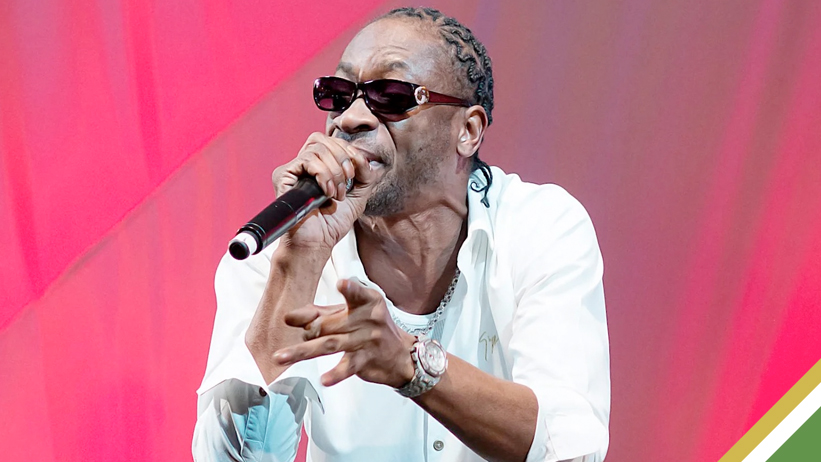 Not only does Bounty Killer have a fresh haircut but also a fresh start as the ban once imposed on him by the Cayman Islands has been lifted.

The deejay, who appears to be sporting a more pleasant disposition lately, has been given the green light by officials in the Caribbean island to return after being barred 16 years ago. Bounty made the announcement on Thursday, declaring to fans via social media that he would be performing at CayJam Fest 2022 for the first time in over a decade and a half.

“Time is always the master, after 16yrs of being barred from entering the Cayman Islands the time machine decided its that time again. Jah bussing all chains and bandages from di GADZILLA my greatness can never ever stop.” – He stated.

Arriving at the airport in Cayman, when quizzed about what fans can expect at the concert, the Warlord also noted during a video recording that due to his forced hiatus, he would be performing for at least two generations of younger people,

“I don’t try to perform for Cayman or for Jamaica, or for Barbados, I perform for the fans. Whether I am in Jamaica or I am in Barbados or in Cayman Islands, it’s gonna be the same thing.” – Bounty exclaimed.

He continued, “I know what I have to reignite, remind dem what I does and what I brings. So this will have to be extraordinary, because I have to remind the younger ones who never know me and see me before. So this is like working to suit a next generation, because I missed one generation… So it’s a generation gap. Yes, tomorrow really gonna be exciting for me. I don’t know about nobaddy else. I am back in my place.”

The veteran dancehall icon, whose given name is Rodney Price absence from the Cayman Islands stems from the refusal of a work permit back in 2006. At the time, the deejay’s violent lyrics were cities as the reason for the denial.

In addition, Bounty had a criminal record from a 2004 incident in Trinidad that resulted in a conviction for using expletives; this record was taken into consideration by the Cayman immigration department.