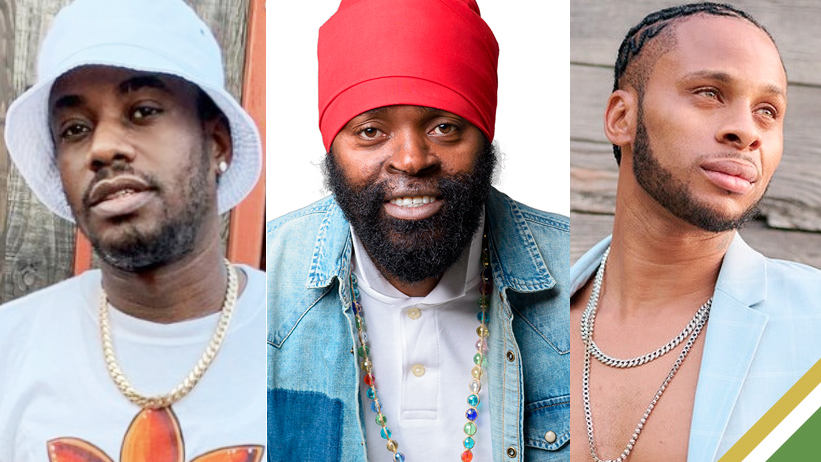 Back from a three-week North American campaign to boost awareness around his repackaged Toxicity Deluxe album released on August 26, Rastafarian crooner Bugle has been generating a steady buzz with several singles from the project.

While Saddest Day, a remake of the Wayne Wonder’s classic, is a favourite with the ladies, the rhymic Afrobeat hit Big Boy remix with Laa Lee and Heph B gets your blood pumping. Nonetheless, his latest release Easy Skanking featuring Ravers head honcho Ding Dong is also enjoying an uptick in rotation, especially among the global dancing community.

The ska-infused tracks see Ding Dong serving up his usual high-energy presentation as Bugle explores his lyrical versatility on the Toots Hibbert-inspired piece.

Bugle disclosed that during his recent media campaign, aside from Saddest Day (featuring Dexta Daps) and Big Boy Remix, the joint effort with Ding Dong was among the most heavily requested,

“Based on what I’m seeing, music is at a happy place right now; a trend influenced somewhat by the popularity of Afrobeat. It’s not always about the lyrics. Sometimes people want a vibe and something that makes them feel good, so this is what ‘Easy Skanking’ represents. A track with catchy lyrics, great melody and nice energy,” – the singer added.

Meantime, plans are far advanced for several videos to be shot and released in the weeks ahead as part of the ongoing promotional campaign.

VPal Music and Evidence Music jointly distribute the project, and it’s available via all major digital and streaming platforms.