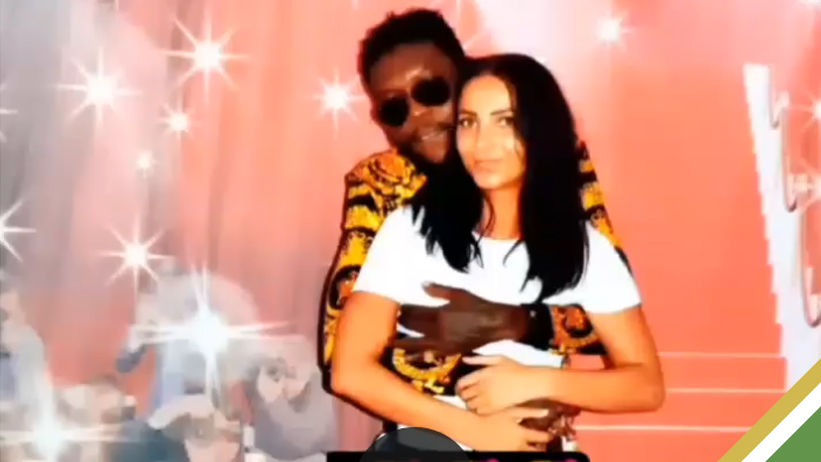 Vybz Kartel is back in the headlines again after being thrust into the spotlight a few weeks ago by Jamaica’s Deputy Commissioner of Corrections at the Department of Correctional Services, Joyce Stone.
At the time, she disclosed that a new investigation was being conducted into the dancehall star due to his ongoing release of music despite being imprisoned.

However, in this latest episode, the entertainer recently posted a photo seemingly taken in prison of himself canoodling with a mystery woman via Instagram story. The image has been causing quite an uproar and social media, with some using it as confirmation that he and long-time girlfriend Taniesha, aka “Shorty”, are officially over.

The photo accompanied by the love ballad Tell Me You Will by LJ Reynolds seems to have also drawn the ire of emerging female artiste Mon Cherie who issues a stern notice to the Gaza Boss; she wrote,

“Just release our song please and delete ALL OF MY PICTURES AND VIDEOSSSS KARTELLLLL,”

She further disclosed that she doesn’t care that he has a new girlfriend and warned him not to text or call her phone again when he misses her.