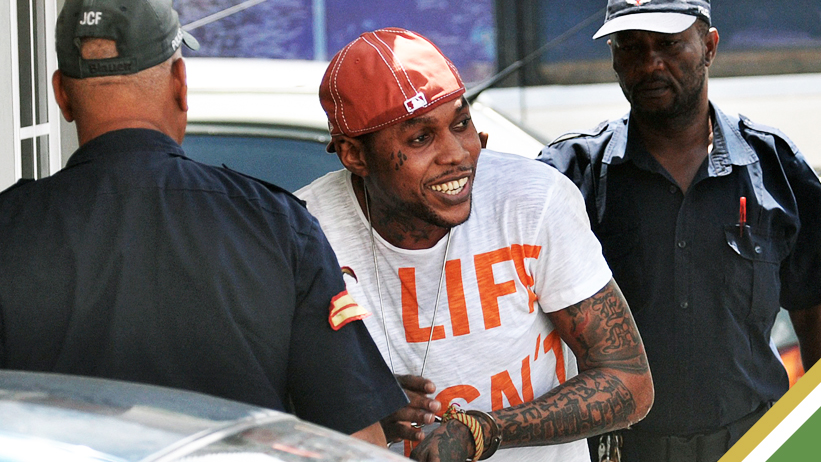 After announcing his forthcoming EP, “The Appellant“, to be released next month, enigmatic deejay Vybz Kartel is back in the news again.

Prism Marketing Consultants understands that the entertainer has received an alleged death threat from a prison warder employed by the Department of Correctional Services; a report was subsequently filed to senior officials by Kartel’s attorney Isat Buchanan after confirming the incident with his client.

Allegations are that prison wardens have been harassing the “Unstoppable” hitmaker since he was transferred to the General Penitentiary (GP) in September after an interview revealed that he and his Turkish-British fiancée Sidem Öztürk got engaged. Additional reports imply that Kartel and one of the guards recently got into a verbal dispute, during which the officer threatened the entertainer’s life.

A source close to the artiste also intimates that correctional officers often search the entertainer’s cell for electronic gadgets and other contraband.

The deejay’s management is requesting that the authorities investigate the claims of harassment and death threats.

Earlier this year, Joyce Stone, Jamaica’s Deputy Commissioner of Corrections at the Department of Correctional Services,  stated that an investigation was being launched into Vybz Kartel because he continues to release music while imprisoned.

According to the Deputy Commissioner, the singer is not a participant in the rehabilitation programme at the prison, which would create an opening for him to continue his musical exploits while incarcerated.

Despite being incarcerated since 2011, Vybz Kartel continues to release music.

In addition to releasing a plethora of albums and singles, he has also appeared in a video interview with American media outlet Fox 5, in which he discusses his ongoing appeal case before the British Privy Council.