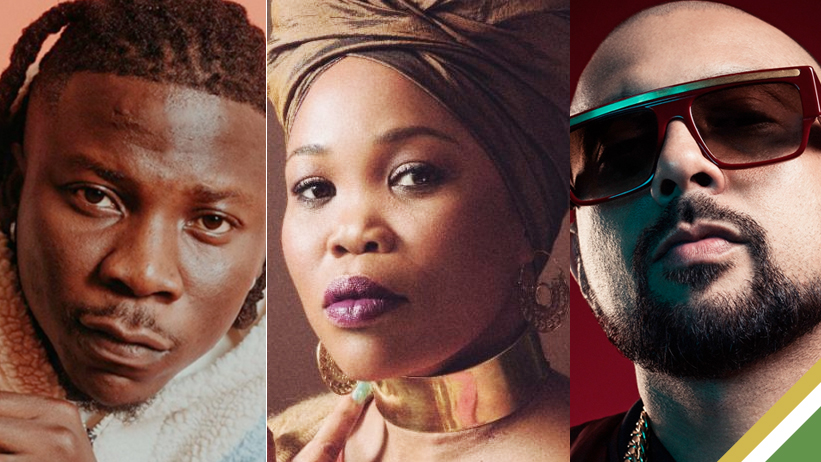 Outspoken reggae songstress Queen Ifrica has chimed in on the contentious debate surrounding recent utterances by Ghanaian reggae/dancehall star Stone Bwoy’s suggestion during an interview with TheCable Lifestyle that “reggae music belongs to Africa and not the Caribbean”.

In a three-minute-long video posted on social media, Queen Africa offered her perspective on the antagonistic subject, also using the opportunity to address dancehall compatriot Sean Paul who has publicly come out in support of the Ghanaian artiste.

“Sean Paul and Stone Bwoy, Stone Bwoy and Sean Paul__ reggae music, dancehall music is indigenous to Jamaica with no apologies to no one pon the face of the earth. Reggae and dancehall music is indigenous to Jamaica, like Apple Valley is to Apple; Jamaica is Africa’s Apple Valley. I don’t know what the big rush is to stamp out Jamaica and everything that Jamaica represents for Africa, but I think you guys are ahead of yourself in what you think you know about Jamaica.”

Expressing her fondness for the Ghanaian amid adding clarity, she continued,

“Stone Bwoy, I have always loved you as an artist, but you need to know your history a little better babe. Reggae music was born out of Jamaica, and Jamaica is not a slave island. Jamaica was not created out of slavery; slavery was added to Jamaica by unscrupulous Africans who linked up with the colonial slave trade to sell their brothers and sisters. There were free black people living in Jamaica before slavery. So yes! we can agree that all black people come from Africa, but we must agree, especially Africa; if you know anything about the apartheid war and anything about Zimbabwe, we must agree that Jamaica has a lot of first. There is a lot of first that happened in Jamaica, and reggae music is one of those first. Reggae music help Africa to be as independent as Africa is today,”

In closing, she stressed that,

“We all are black, and we all come from Africa as black people, but reggae music and dancehall music comes from Jamaica, and Jamaica was not a slave plantation… We need to get we story together as black people and don’t fight amongst ourselves about our truth but research and know our truth for real as a people.”

Stone Bwoy has been receiving a lot of backlash for his remarks. However, last Sunday, during an Instagram Livestream session with BBC 1Xtra broadcaster Seani B and Grammy Award winner Sean Paul, he explained that his comments were taken out of context by the media, as the intention was not to create a contentious situation but merely to explain the connection between Africa and the sounds of the Caribbean. Sean Paul and Seani B offered words of encouragement and advised him not to let the media derail his focus.