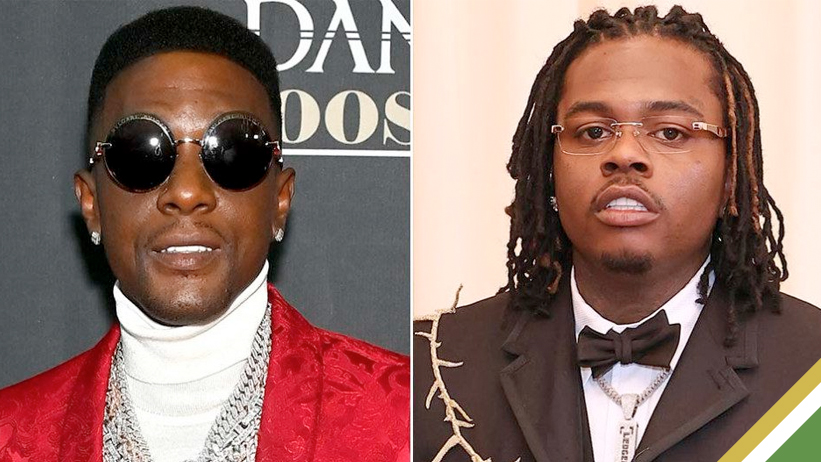 Boosie Badazz is not down with Gunna’s decision to accept a plea deal.

On Wednesday, the YSL rapper was released from jail after pleading guilty to a racketeering conspiracy charge in the YSL gang case. He took an Alford plea, meaning that he pleaded guilty to the one charge while maintaining his innocence on that same charge.

But not everyone was happy for him. Boosie, who was released from prison in 2014 after serving an eight-year sentence on drug charges, took to Twitter to criticize his decision.

“Rat,” Boosie tweeted. “THIS WOULD HAVE PUT TEARS N MY EYES 😢MY BROTHER , MY ARTIST LIKE WTF IM FIGHTING FOR MY LIFE THAT IM NOT RUNNING A GANG/CRIMINALENTERPRIZE N YOU DO THIS TO BIGDOG‼️UKNOW ITS A GANG .. THE GUNS N DRUGS NOT YOURS.. WELL WHO ELSE WAS NTHE CAR THEY CAN BE FOR SMH.”

He reposted a video of Gunna in court acknowledging that YSL is a “musical label and a gang” and that he has “personal knowledge that members or associates of YSL have committed crimes in furtherance of the gang.”

Boosie also blamed Gunna’s legal team for making him accept a plea deal at the expense of his reputation.

“HE HAD ONE CHARGE HE WASNT GOING TO GET NO HARD TIME,” he wrote. “THESE LAWYERS DONT GIVE A DAM ABOUT YOUR LEGACY.THEY KNOW WHAT THEY DOING TO YOUR NAME BUT THET GETTING YOU OUT OF JAIL SO THEY NAME BLOWS UP THEN U GOTTA PAY THEM MORE WHEN U FREE N THEY MADE U COOPERATE‼️Itsacoldgame.”

Gunna was arrested in May as part of a sweeping RICO indictment that includes Young Thug and other members of YSL. Despite taking the plea deal, Gunna said he will not be cooperating with prosecutors further. However, he must testify if called as a condition of his release, though he can claim the Fifth Amendment.

The “pushin P” rapper was seen leaving Fulton County Jail and driving off in a Maybach SUV on Wednesday. He appeared to be in good spirits during a FaceTime call with jeweler Elliot Eliantte.