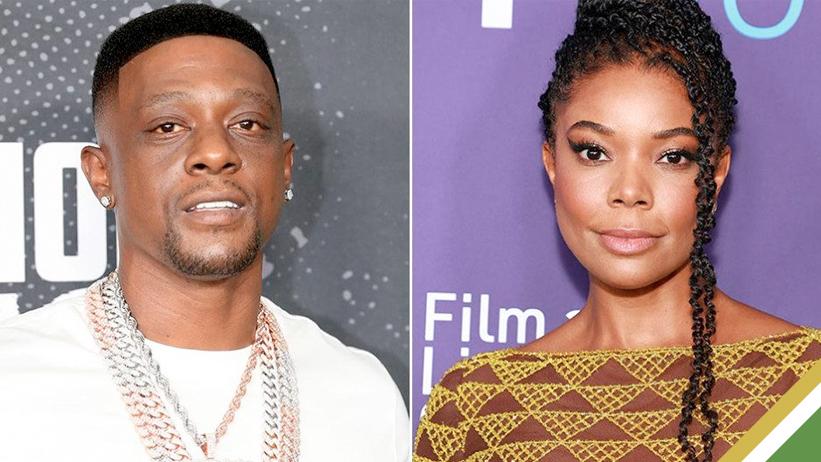 Boosie Badazz is reigniting his beef with Gabrielle Union.

Back in 2021, the actress slammed the rapper after he criticized her transgender stepdaughter, Zaya. But it’s taken Boosie an entire year to respond.

“WOMAN U BETTER LEAVE ME ALONE,” he tweeted on Sunday. “HOW DARE U A CHALLENGE A GHETTO HEROS MANHOOD ,U WRONG SMH I DONT HAVE THE TIME FOR THIS ,IM TRYIN TO HAVE PEACE N MY LIFE N STAY ALIVE.”

He also took aim at Union’s husband Dwyane Wade. “LOL ‼️THE WHOLE WORLD KNOW I LOVE WOMEN N THE WORLD KNOW YOUR HUSBAND LOVE DICK,” he said. “I HOPE U DONT THINK BLACKS LOOK AT YALL LIKE A POWER COUPLE😀THEY DONT‼️I HAD REFUSED TO TALK ABOUT YALL IN INTERVIEWS N HEAR YOU GO.”

Boosie’s comments come after an old clip of Union resurfaced on social media. In the November 2021 interview with Jemele Hill, the Bring It On star called out Boosie after he criticized Wade for going “too fu**ing far” by supporting his daughter, Zaya, who publicly came out as transgender in February 2020.

Union seemed to imply that Boosie was struggling with his own sexuality. “He’s so preoccupied. It’s almost like, ‘Thou doth protest too much, little Booz,’” she said. “You got a lot of dick on your mind. Let’s throw that out there.”

“Rent-free,” Union added while implying that Boosie was in the closet. “Sir, is there something you want to just go ahead and tell us? This is a safe space. We can be your sanctuary.”

Boosie is no stranger to controversy. He recently said that JAY-Z was irrelevant amid 21 Savage’s controversial comments about Nas. “I don’t think JAY-Z’s relevant these days,” he told VladTV. “If you gon’ say JAY-Z relevant and Nas ain’t relevant, no.”