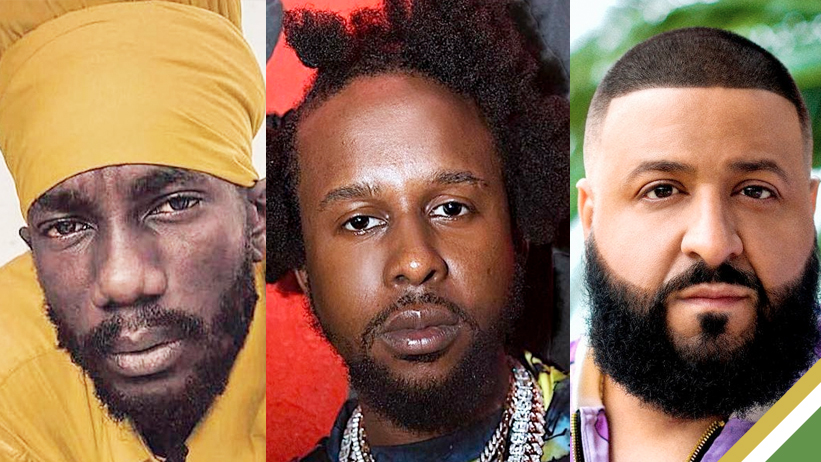 Following a social media rant last Thursday by the Rastafarian vocalist, resulting in the destruction and burning of two platinum plaques sent by the American business magnate. Various digital platforms have been abuzz with activities as many try to decipher the origin of the alleged disrespect to which Sizzla alluded.

“I think sizzla owes us an explanation he may have just severed ties with Dj khaled and the Dancehall, Weh Yuh think??”

Expressing their thoughts, several users chimed on with a mixed bag of comments, among them the Unruly Boss, Popcaan, who, in a now-deleted comment, wrote,

Many have interpreted the cryptic comment to be in defence of Sizzla Kalonji. However, the removal of the comment could be seen as an indicator that the “Family” deejay has reconsidered his stance and does not want to get involved in the debacle.

Over the weekend, Sizzla, in a more tempered mood, delivered a spirited performance on the “Welcome To Jamrock” cruise and was careful to avoid the subject throughout his set.

Meanwhile, Popcaan is gearing up for a pair of performances at the upcoming Burna Boy Live concerts in Trinidad and Jamaica on December 16 and 18, respectively. 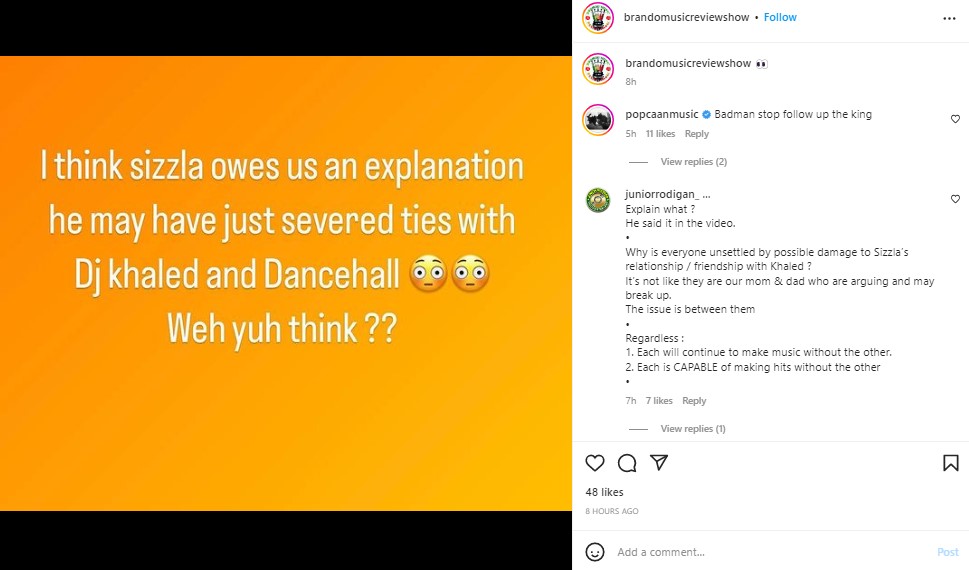