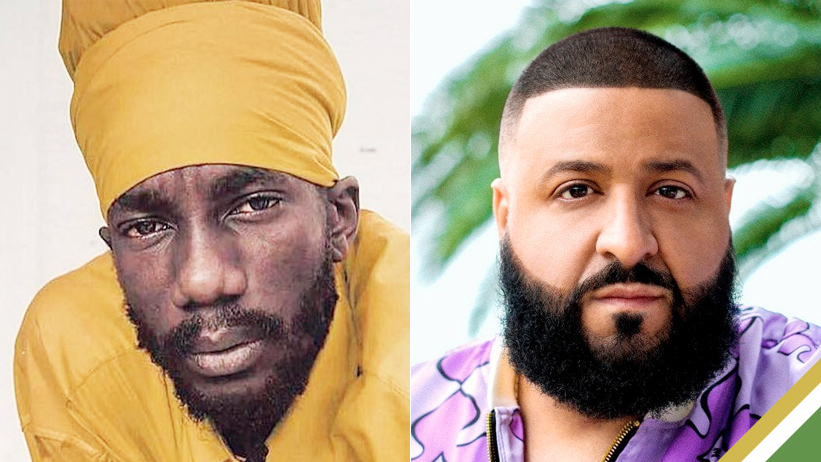 On Thursday morning, Sizzla Kalonji took to Instagram Live to blast American music mogul Dj Khaled for what he cites as “disrespect” over a pair of plaques sent to him in commemoration of his contribution to Khaled’s 2017 double platinum album “Grateful” and the 2019 platinum-certified “Father of Asahd“.

Putting the plaques on full display, Sizzla, along with members of his entourage, proceeded to destroy them while explaining the source of discontent. According to the Rastafarian crooner, the disrespect stems from his name being almost unrecognizable due to its small size on the award.

Dismantling the plaque, Sizzla was careful not to desecrate the images of Khaled’s son Asahd stating, “leave the babies out because they are innocent,” while in the same veins scolding the award-winning American producer, “You are not the best you are the worse, yuh tek deejay fi fool” adding that “Asahd is the boss” before placing a pair of images of the child, who is also his God son on an unfinished concrete wall.

After destroying the plaques and setting them ablaze, Sizzla then holds up the images of Asahd, stating, “I would rather accept these as my plaques; Asad is my God son.”