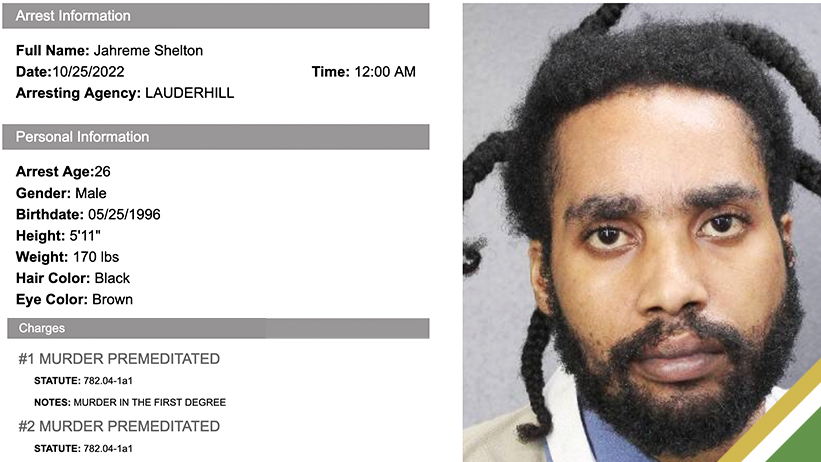 Following recent reports that a group of Jamaicans were involved in a fatal shooting in Lauderhill, Florida, that left two men dead, the Broward County police have arrested and charged one man in connection with the incident.

Prism Marketing Consultants understand that the man, 26-year-old Jahmere Shelton, said to be an affiliate of a popular dancehall artiste, was arrested on Tuesday, October 25 and slapped with two counts of first-degree premeditated murder.

The revelation was confirmed via a search of the Florida public arrest records.

This latest development comes on the heels of last Sunday’s Livestream by dancehall artiste Squash, who vehemently denied any involvement in the shooting incident. At the same time, he assured fans and the broader public that he was not injured and was still very much “alive.”

Dissatisfied with the reports circulating online, some suggesting that he had been killed in the shootout, Squash, whose given name is Andre Whittiker, said this type of misinformation “make things bad for ghetto youths.” Speaking predominantly to members of the blogging and vlogging community, the Montego Bay native pleaded with the perpetrators to desist from spreading erroneous news,

At the time of the incident, the official police report stated that two men were killed, and a third, believed to be a close associate of a Jamaican entertainer, was hospitalised after a turf war broke out on the streets of Lauderhill, in the vicinity of Blueberry Hill Condos off Northwest 56th Avenue near Oakland Park Boulevard.