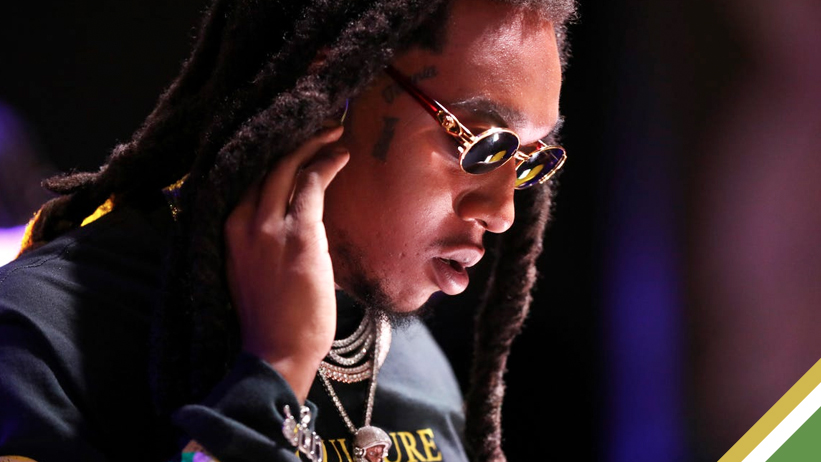 A suspect has been arrested in connection to the killing of Takeoff.

A 33-year-old man was taken into custody and charged with murder in the fatal shooting of the Migos rapper outside a bowling alley in Houston last month, the Houston Police Department announced during a press conference on Friday.

Patrick Xavier Clark was arrested in Houston on Thursday evening. A second man, Cameron Joshua, 22, was arrested Nov. 22 on a charge of felony possession of a weapon, said Chief Troy Finner.

Takeoff, born Kirsnick Khari Ball, was shot and killed on Nov. 1 following a private party at 810 Billiards & Bowling. An argument ensued and shots were fired from at least two weapons after the party ended, police said.

Takeoff was unarmed and not part of the argument. Nearly 30 people were at the scene at the time of the shooting and almost all left without giving a statement to police, according to investigators.

The Harris County Medical Examiner said Takeoff died as a result of “penetrating gunshot wounds of head and torso into arm.”

In the wake of his death, his label Quality Control Music released a statement during which they mourned the devastating loss and attributed Takeoff’s death to “senseless violence and a stray bullet.”

Thousands of family and friends gathered to honor Takeoff’s life during a star-studded memorial at Atlanta’s State Farm Arena last month, which featured tributes from Offset, Quavo, and Drake.