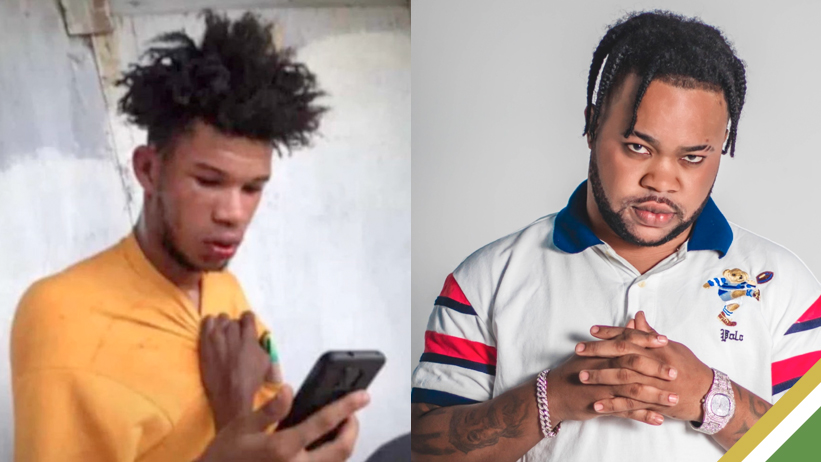 In a tell-all interview with popular YouTuber and former manager Terro Don, emerging dancehall sensation Silk Boss detailed the motive behind the vicious assault he endured from two masked men on camera.

Throughout their phone conversation, Silk Boss revealed that the assault occurred last month and that the perpetrators are from the Gulf community in Gregory Park, Portmore. Silk Boss explained that his attackers released the video Monday night to the public in an attempt to derail his flourishing career.

“Yuh see because dem duh weh dem duh and me cut off every man dawg and nah deal wid no man, dem a pree seh dem ago tarnish Silk Boss career.” He said.

Further adding that “A bay threat me receive and one a di threat dem is a bay fly me and Brii a fly go a Canada and mi nah link nuh man.”

According to the Surgery, deejay, his manager and mother of his child Brii was also assaulted by the men,

“No dawg down to me woman dem disrespect to brother, dem shub down all me baby mother a grung and some style dawg,” he explained.

Interestingly as the conversation prolonged, it was disclosed that the masked men were actually close friends of the entertainer whom he had supported and included in various musical exploits.

Tackling the rumour about his refusal to perform at a community treat at the alleged request of a local area don, Silk Boss intimated that he was in Canada at the time while being advertised to perform at a local event without his knowledge.

Silk Boss conveyed that the attack occurred the same day he spoke to one of the men about his aspirations to purchase a BMW automobile, for which he had been saving money for some time. When he met the man, he was robbed of approximately $1.4 million and severely abused, according to him.

The performer further stated that the incident had nothing to do with his music rival Jahshii and urged people not to include him in the conversation. Silk Boss said, “No Jahshii nah nuttn fi do wid dis bro, anybody call Jahshii name a wicked brother,”

Silk Boss asserts that he is in good spirits and will continue his creative path despite this setback. He contended that this circumstance would only strengthen him and promised to learn from it.