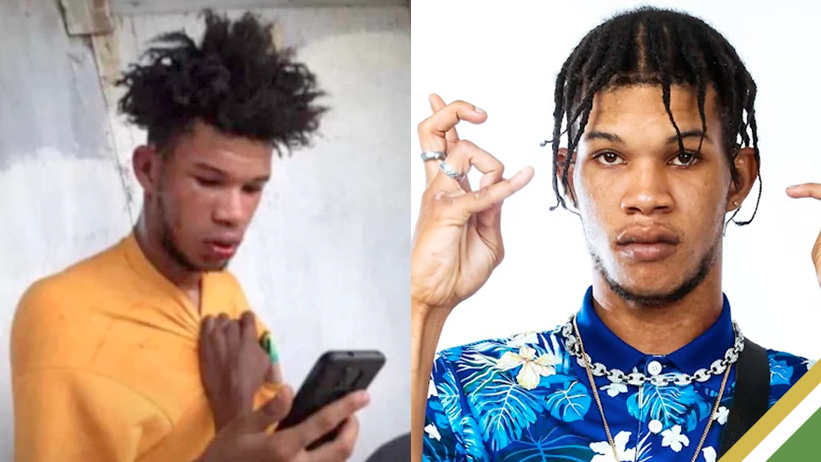 On Monday evening, a video surfaced online of a man being slapped viciously in the face by two masked men who warned the victim to stop the “ramping”, a Jamaican colloquial expression meaning “stop playing around” when dealing with a serious situation.

Clad in a mustard shirt and camouflage pants, the lanky victim allegedly resembles dancehall sensation Silk Boss, who was being roughed up by the men said to be aligned to the Gulf community located in Gregory Park, Portmore.

Prism Marketing Consultants did not ascertain the reason for the altercation. However, the video was superimposed with the following caption,

“This Is What Happen When You Ramp With Gulf Man Silkboss… 1Chargieee Badness Yer,” a second caption read, “1badness an a gulf man badness sym p***y 1talk and a did don talk 1ruly fully YG [angry emoji faces] 100”

Silk Boss, currently embroiled in a lyrical feud with Grants Pen deejay Jahshii, came to the public’s attention earlier this year following a bitter split with his former manager that permeated social media.