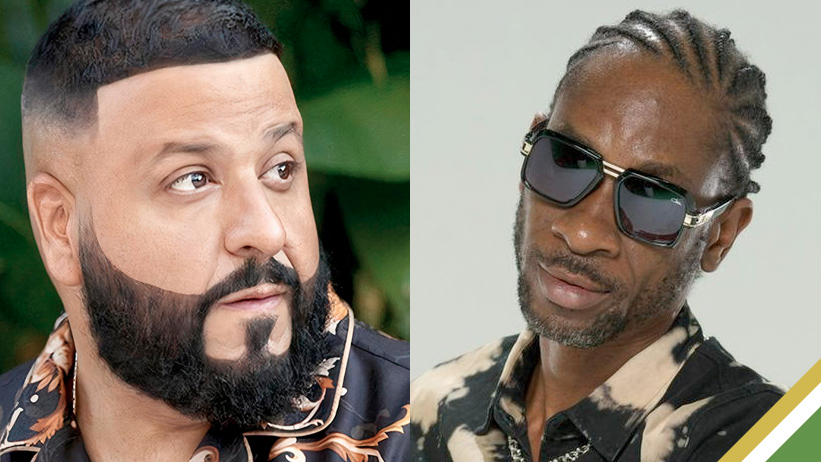 American music mogul DJ Khaled has departed the island after completing work with several Jamaican reggae and dancehall stars for his forthcoming album.

His well-known affinity for Jamaica and its culture has seen Khaled frequently visiting the Caribbean nation. However, on this particular trip, he left a parting gift with one of dancehall’s most noted luminaries, whom he considers his “day one” (a person who has been supportive of him from the infancy of his career).

Upon departure, he gifted Bounty Killer with a diamond embezzled ‘We The Best’ chain, presented to him by Sharon Burke on behalf of DJ Khaled. After receiving the gift, a surprised Bounty took to Instagram to express his gratitude to the American. Sharing a photo of the pricey piece the Warlord wrote,

Both Dj Khaled and his ‘We The Best’ musical outfit responded to the post. The latter wrote, “WE THE BEST IS FAMILY WE ARE FAMILY LOVE FOREVER !”

The current album in production, titled Anthems, will mark DJ Khaled’s thirteenth studio effort. In a recent interview at the Billboard Music Awards, Khaled asserted that the upcoming compilation would be the biggest yet. A release date, however, was not confirmed.