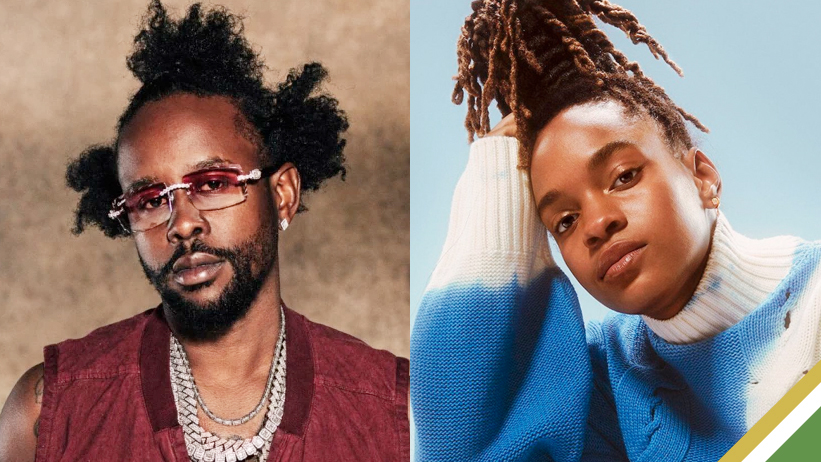 Jamaican songstress Koffee who has been at the center of much debate on social media following the recent release of the controversial “Gimme” music video by British singer Sam Smith featuring her and Canadian vocalist Jessie Reyez, continues to enjoy an uptick in achievements.

In the latest update from the U.K.’s Official Singles Chart Top 100, “Gimme” now occupies the No.56 spot after being on the chart for only one week. At the same time, her Jamaican counterpart Popcaan’s collaboration “We Caa Done” featuring Drake sits at No.55. The latter has been on the chart for two weeks after initially debuting at No.61.

Meanwhile, on Youtube, “Gimme” has amassed over 1.6 million views in six days compared to “We Caan Done”, 4 million views over a two-week period.

Earlier this week, “We Caa Done“, the lead single from the Unruly Boss’s forthcoming album “Great Is He“, debuted at No.16 on the Billboard Bubbling Under Hot 100 and No.36 on the Billboard Canadian Hot 100 chart, respectively.

The track also made its debut on Spotify’s “Top Song Debut Global” chart at the commendable No.3 spot, adding another noteworthy accomplishment for both Popcaan and Drake. 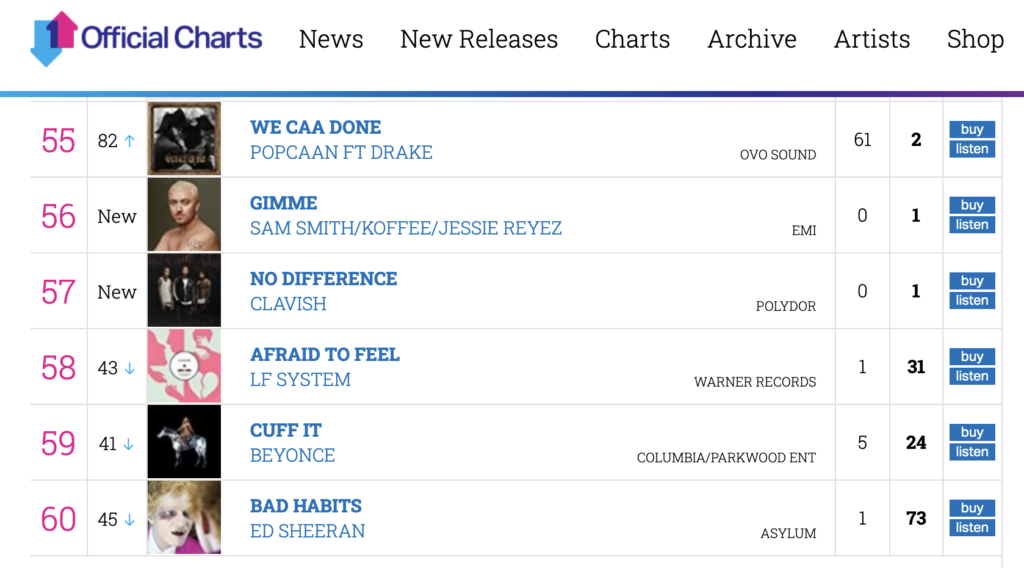