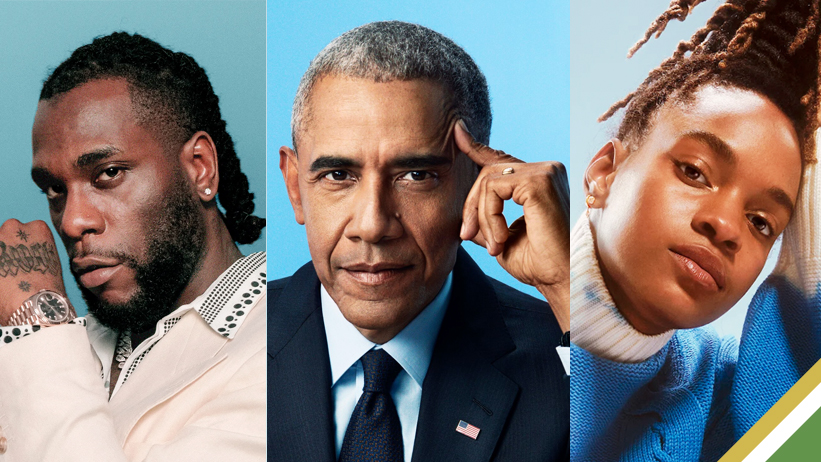 Former U.S President Barack Obama and music are a winning combination. During his presidency, his love for music was shared with everyone, and his taste varied from the 70s Soul classics to Hip Hop and Dancehall.

Since departing the White House, Obama has shared his love through various outlets, including specially-curated Playlists on popular digital music streaming platforms. For several years, he has shared some of his favourite musical picks of the year, and his selections continue to stand out.

Shared via his Social Media platforms earlier, Barack Obama unveiled his favourite songs of 2022 and added movies and books to his much-anticipated list. From Pop and Hip Hop to AfroBeats, Dancehall enjoyed rotation in the Obama household. Latin Recording Artist Bad Bunny, Pop Artists Lizzo and Beyonce, and Rapper Kendrick Lamar were included, while Koffee with her single “Pull Up” and Burna Boy’s massively successful “Last Last” enjoyed inclusion in this year’s list.

Fellow African Artists Rema and Arya Starr joined the list with respective hit singles. Barack Obama continues to show diversity in his listening choices, and his love for African and Caribbean and African music is expected to expand in the coming years. Congratulations are in order to all the Artists featured. 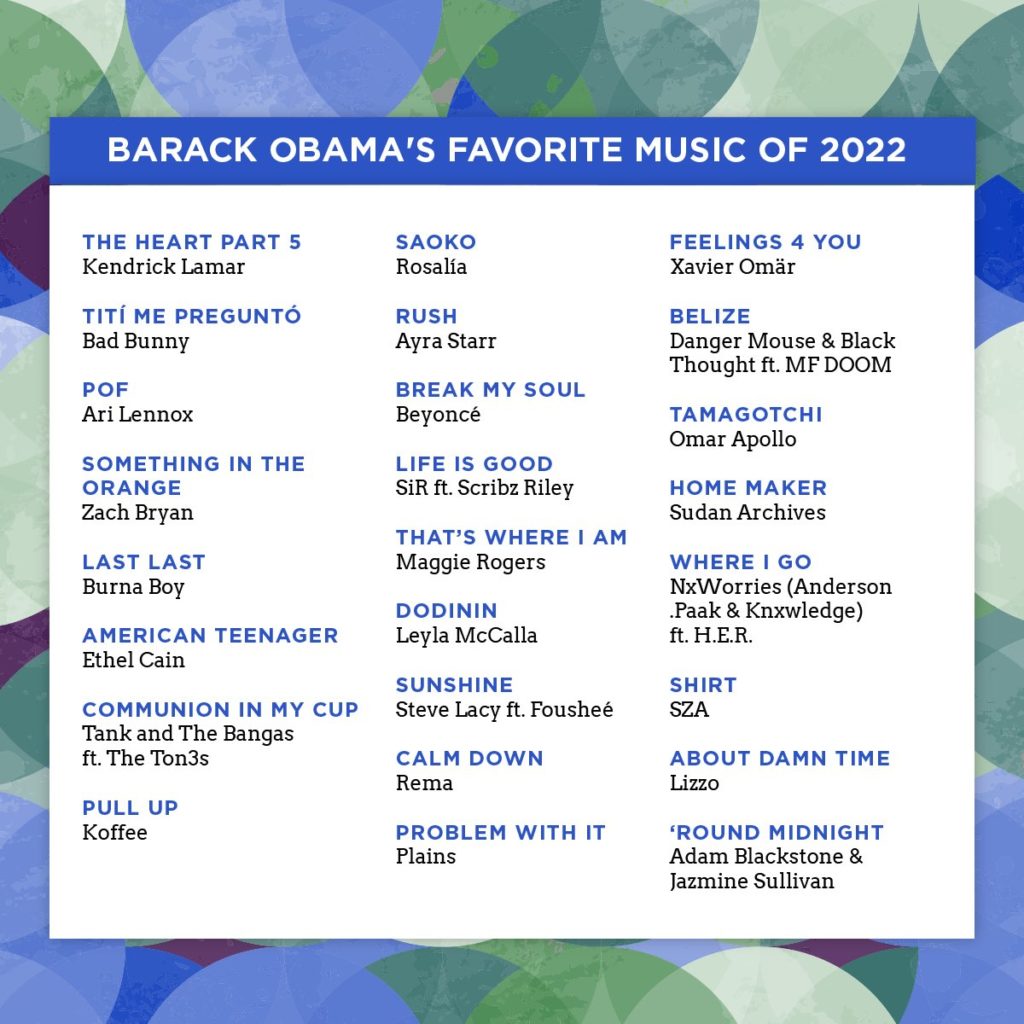