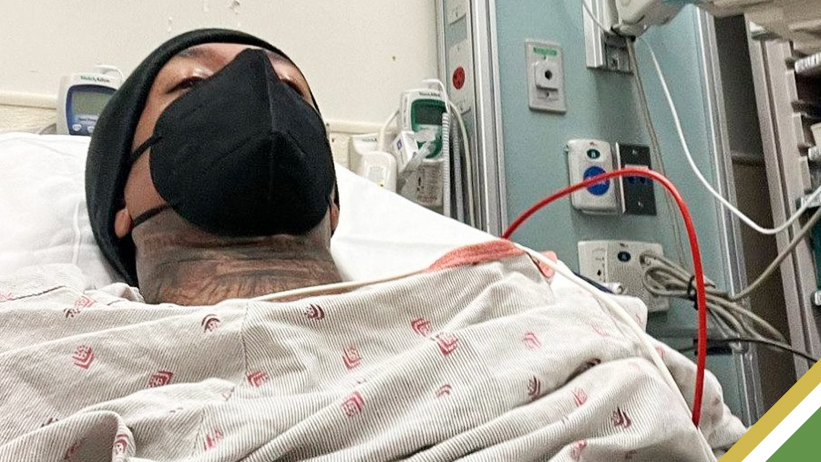 Nick Cannon is recovering from pneumonia.

On Friday, the “Masked Singer” host shared photos of himself in a hospital bed, revealing that he had come down with pneumonia amid his ongoing battle with lupus.

“Okay, so I guess I’m not Superman… I promised myself I would never be back at this place again… But this is a great lesson to take care of YOU or YOU won’t be able to take care of everyone else,” he wrote in his caption.

Cannon, who was diagnosed with lupus 10 years ago, said he wasn’t looking for sympathy. “Don’t trip though, I don’t need any well wishes or prayers , just some solid rest and I will be back on the journey to becoming stronger than ever… it’s just pneumonia, nothing I can’t handle,” he continued.

On Thursday night, Cannon’s “Wild ‘N Out” tour stopped at New York City’s Madison Square Garden. “Crazy thing is, last night we was just rocking a sold out crowd at Madison square garden in front of thousands of fans, now I’m all alone in a tiny hospital room,” he recalled. “Life is definitely a rollercoaster! #LupusWarrior.”

Cannon has been in and out of the hospital for lupus. He first opened up about his battle with the autoimmune disease in 2012 after he was hospitalized for kidney failure.

“I feel blessed to be alive,” he told PEOPLE at the time. “If it wasn’t discovered, I don’t know [what would have happened].”

Cannon recently welcomed his 11th child with Abby De La Rosa, and has a 12th on the way. Alyssa Scott, the mother of his late son Zen, is pregnant with their second child, due next year.

Earlier this week, Cannon released a video in which he joked about his large family. “It’s almost the holidays, and thanks to me, the world now has 8 billion people, but my job’s not done,” he said.