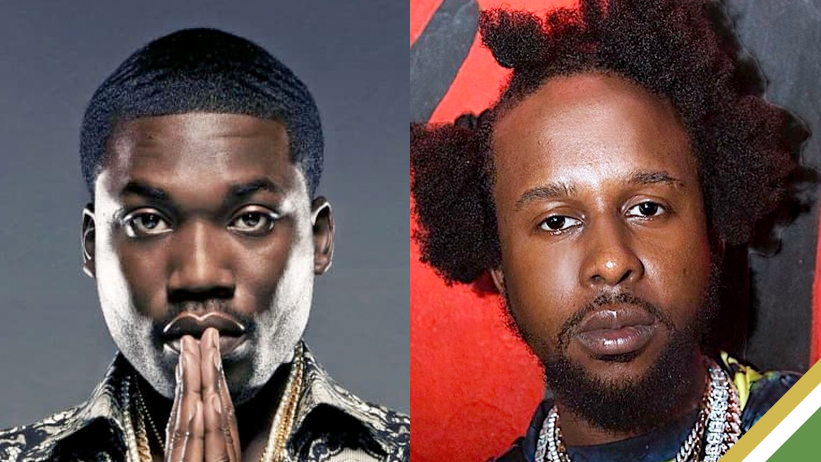 The GRAMMY Award-winning artiste made the disclosure on Monday during a Twitter Q&A session with his fans, hashtagged #askmeek. Amid the exchange, a user with the handle “@ur_mach” posed a question to the American entertainer; he wrote,

“When are we getting a @PopcaanMusic feature? #askmeek”  To which Meek responded, “Sooooon!!!!.”

The “Expensive Pain” hitmaker also indicated that plans are far advanced on his forthcoming album, expected to be released in the first quarter of 2023.

Speaking of albums, last month, the Unruly Boss gave the clearest indication that his upcoming album, tentatively titled “Great Is He“, is completed, and the fans are salivating for its release.

The post was welcomed with a flurry of comments from fans expressing their jubilation for the announcement.

Popcaan has been hinting at the album since last summer (August 2021) but provided no further details until February, when he revealed the proposed name. 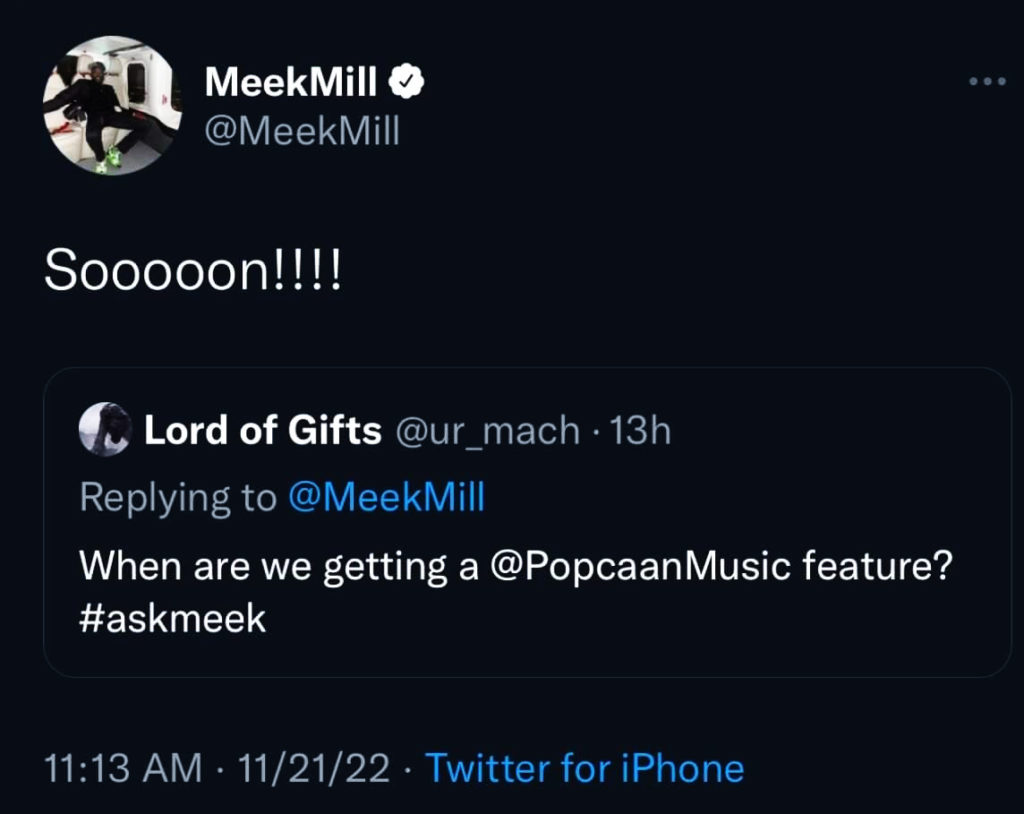