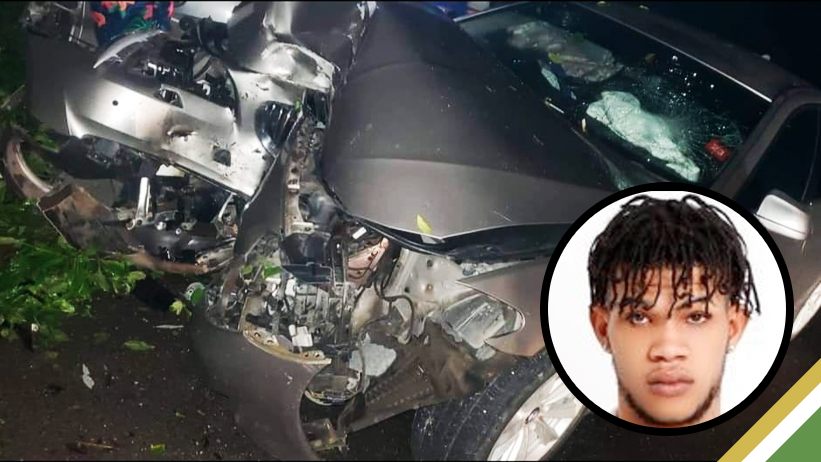 According to a source close to the entertainer, who spoke on terms of anonymity, the accident occurred on Friday evening while driving in the vicinity of Green Pond, Montego Bay. However, the source could not confirm if the car was being driven by the artiste as there were several occupants at the time of the accident.

The reason for the crash is yet to be ascertained. However, initial reports suggest speeding and overtaking may be among the suspected cause. Photos of the accident show the front end of the silver BMW completely wrecked and the driver and passenger airbags deployed.

Despite the extensive damage, Silk Boss, whose given name is Rohan Ried, sustained minor injuries. The condition of the other occupants is presently unknown.

This misfortune comes only days after the artiste was seen on social media celebrating his newly acquired set of wheels.

Reacting to the news, fans of the deejay took to social media to provide their theories on the recent misfortunes that have plagued him. One user wrote,

“Silk need fi look around him and see whats causing so much badluck.Bruh,PPL energy can a cause these things innuh!”

Another added, “Silk is the strongest young artist thats y him a get so much fight and second thing sometimes people that you are around can cause things like these because they needs to go I think Silk boss need fi leggo his entire camp and start fresh even bri fi gawn man bloodclath mek di youth can focus”

Silk Boss is currently promoting the single “Sorry”, which has amassed over 4.5 million views on Youtube since premiering on September 4.