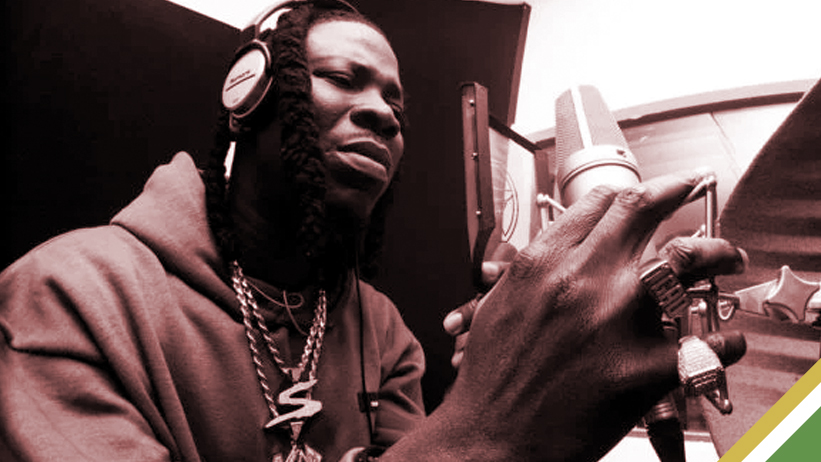 Stonebwoy is, without a doubt, one of Ghana’s most famous musical exports. The Afropop, Dancehall, and Reggae recording artist has received a multitude of awards and accolades, toured many countries around the globe, and was recently signed by Universal Music Group’s Def Jam Recordings, one of the world’s leading music labels, which boasts the likes of Justin Bieber and Kanye West, among others.

In a recent sitdown with a Nigerian media outlet, the 34-year-old singer weighs in on the contentious question of “whether Nigerian artists support their Ghanaian counterparts”. Additionally, he argues that Reggae music belongs to Africans, not the Caribbean.

When asked what prodded him into choosing Reggae as his musical style,? Stonebwoy responded,

“I chose Reggae because it’s the most relatable way I could express my talent. And I think over the years, I have proven that it’s not the only avenue I can express my creativity through, but it’s actually the foundation because I can relate to the message and the style that it brings.”

Segueing into the origins of Reggae music, the interviewer posed the question, “Many would argue that Reggae is not an African thing. What is your viewpoint on it?”

According to the Afropop, Dancehall singer, “Reggae is rooted in the heart of Africa. It’s not a foreign style or movement. It only has more consciousness and awareness attached to that style of music. Even our Afrobeats of today also stem out from the highlife core, where the highlife core tells stories and brings people to consciousness. Whether Reggae, Dancehall, Highlife, or Afrobeats, they all come from the same source.”

Further adding, “To me, it’s not that it’s very difficult to actually express oneself with those styles, all those names in Jamaican. Remember that Jamaicans are all Africans by virtue of the slave trade. So, it’s just the music that we’re doing back again. Music is music, you have just got to present it well and find the manner in which you can express yourself the best and the most. I’m not the only one doing it, there are tons and tons of people, who are inspired by that genre of music. It doesn’t belong to any Caribbean society from its core. It belongs to Africans and we are enjoying it in diverse ways.”

In closing, he announced that work as began on his forthcoming album, which is slated for release next March.