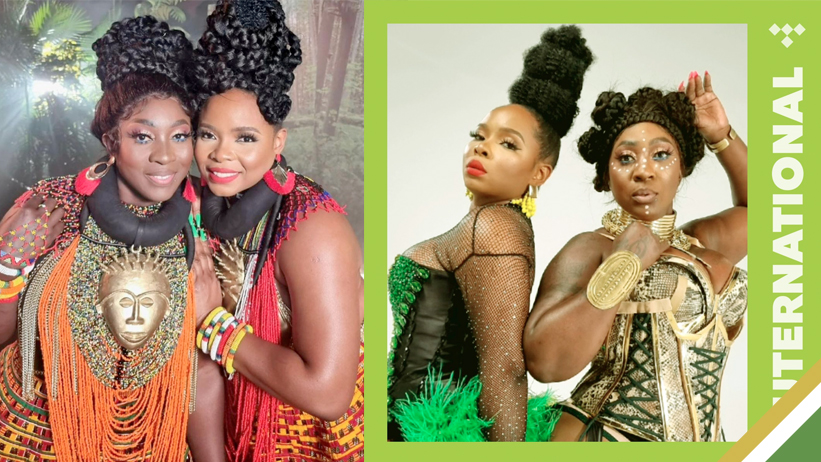 Debuting at No.7 on the Billboard Reggae Albums chart three weeks ago, with her sophomore album Emancipated, things are on the upturn for Spice with the release of her new collaboration Bubble It featuring Nigerian AfroPop star Yemi Alade.

On Friday, Yemi released the Taiye Aliyu and Patrick Elis-directed video to her 2.06 million subscribers on Youtube, subsequently amassing over 755,000 views in less than 24 hours. The visual currently trends at No.25 in Jamaica and occupies the No.27 spot in her hometown Nigeria on the Youtube Music chart. Based on the present trajectory, the video is expected to break the millions mark throughout the weekend.

A feature on the cover of Norwegian-American streaming platform Tidal adds to their accomplishment. This also denotes another milestone for Spice and Yemi, both in the publication and musically, as they tap into each other’s genres.

Produced by Effyzzie Music Group, the song captures the Nigerian star experimenting with the dancehall sound. At the same time, Spice delivers her signature sexual overtones as she “bubble it” like a can of soda. Released on Friday, September 16, the single is now available on all major digital and streaming platforms.

With over 2.06 million subscribers and 100 million collective views on Youtube, Yemi Alade has been carving out her niche globally. In 2015 and 2016, she won the MTV Africa Music Awards (MAMAs) for Best Female Act. She also secured two nominations at the BET Awards for Best International Act Africa during the same period. Adding to her growing list of accolades is another pair of nominations for the coveted MOBO Awards in the Best International Act category (2014 & 2015).