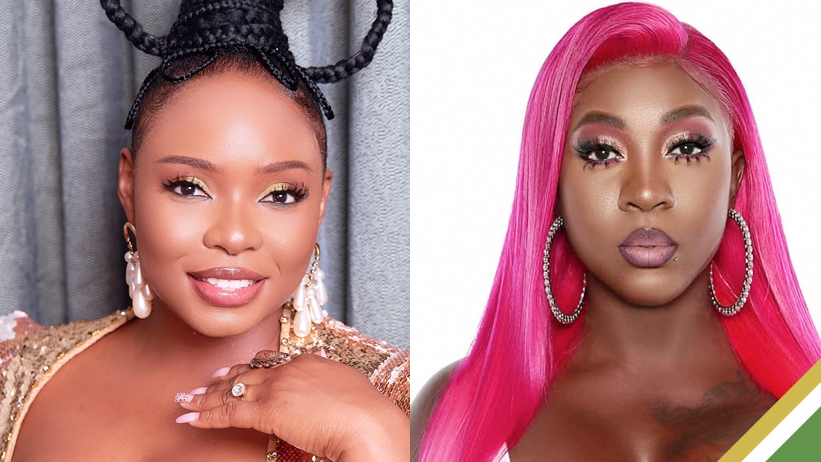 In the midst of promoting her 9-track sophomore album Emancipated, queen of the dancehall Spice has secured a collaboration with Nigerian Afropop singer and actress Yemi Alade. The revelation was made yesterday on Twitter during a Q&A with the Jamaican songstress.

A conflation of the Afrobeat and Dancehall genres, the upbeat track titled Bubble It sees the Nigerian star experimenting with the dancehall sound while Spice delivers her signature sexual overtones as she drops and “bubble it” like a can of soda.

Produced by Effyzzie Music Group, the project is slated for release on Friday, September 16, via all major digital and streaming platforms. This also denotes another milestone for Spice as she taps into the world of Afrobeat.

With over 2.06 million subscribers and 100 million collective views on Youtube, Yemi Alade has been carving out her niche globally. In 2015 and 2016, she won the MTV Africa Music Awards (MAMAs) for Best Female Act. She also secured two nominations at the BET Awards for Best International Act Africa during the same period. Adding to her growing list of accolades is another pair of nominations for the coveted MOBO Awards in the Best International Act category (2014 & 2015).

Meanwhile, Spice’s sophomore effort is the follow-up to her 15-track debut album 10, released by VP Records last August. It debuted at No.6 on the Billboard Reggae Albums chart with first-week sales equivalent of 676 pure album sales and 1,447 total units from sales and streaming in the United States. This includes 851,299 audio streams and 210,005 video streams.