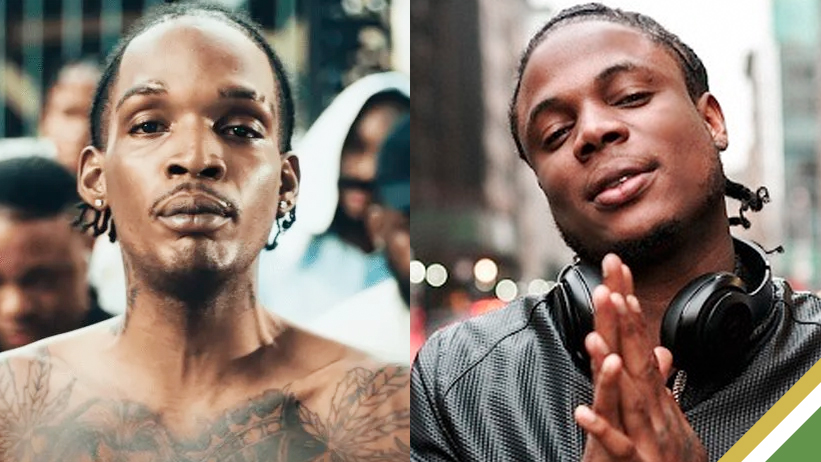 Amid escalating tension between dancehall sensations Skeng and Masicka, the conflict appears to have resulted in an uptick in their digital streams across various platforms.

Days ago, New York-based streaming giant Audiomack released their weekly list of the ‘Most-Streamed Reggae/Dancehall Artists‘ on the platform, and most notably was new sensation Skeng, making not only his debut but also bullying his way into the Top 5.

The controversial Spanish Town-based deejay currently occupies the No.5 spot. At the same time, Masicka sits comfortably at No.3. No stranger to the chart, the Tom Brady hitmaker has been a staple on the list since the release of his billboard-charting album, 438, last December.

Rounding off the Top 5 are dancehall superstar Popcaan at No.4, fellow St. Thomas native Chronic Law at No.2 and Jahmeil hold firms at No.1.

Skeng’s latest attainment comes on the heels of his confirmation for the 2022 staging of STING set for Boxing Day (December 26) at the Grizzly’s Plantation Cove in St.Ann. 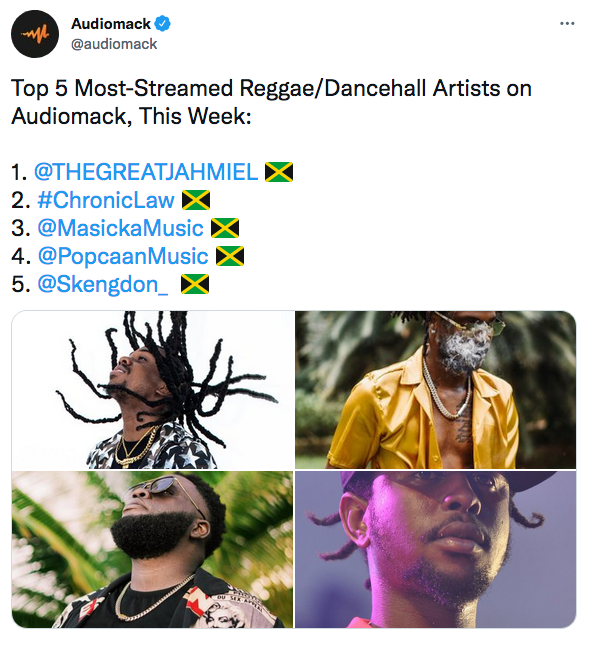