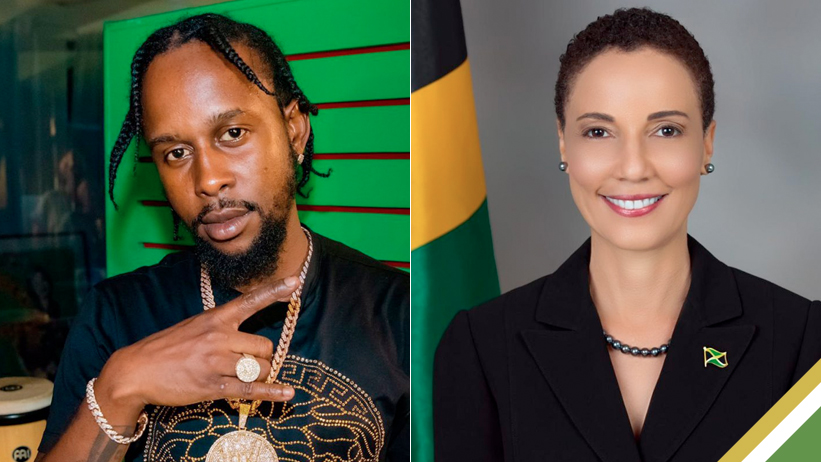 The Jamaican Government is renouncing claims that it has issued directives to the immigration authorities in the United Kingdom, which has led to the continued detention of dancehall superstar Popcaan whenever he attempts to enter the country.

On Tuesday evening, Kamina Johnson Smith, Jamaica’s Foreign Affairs and Foreign Trade (FAFT) Minister, vehemently denied the allegations that the Andrew Holness-led administration had any part in the deejay’s continued immigration woes. This was in response to Popcaan posting a video snippet of himself holding a document while being detained at the Heathrow International Airport the same day.

Responding to questions from various entertainment industry players, the FAFT minister explained that “there are many reasons why a traveller may be detained. I have asked the High Commission to inquire into the matter as early as they are able so that they may advise,”

Meanwhile, prominent Attorney-at-law and legal representative for Popcaan, in a social media post on Twitter, wrote, “Popcaan’s harassment at Heathrow airport is as a consequence of the Jamaican State putting a red flag on his name. Can you believe an artist who carries our flag high and with no criminal record being embarrassed in foreign country because his own country says he is a wrongdoer?”

On the heels of Popcaan’s detention, accomplished producer Rvssian has also asserted that he too has been flagged and encounters similar treatment whenever he travels to the United States due to alleged ruses by the Jamaica Government.