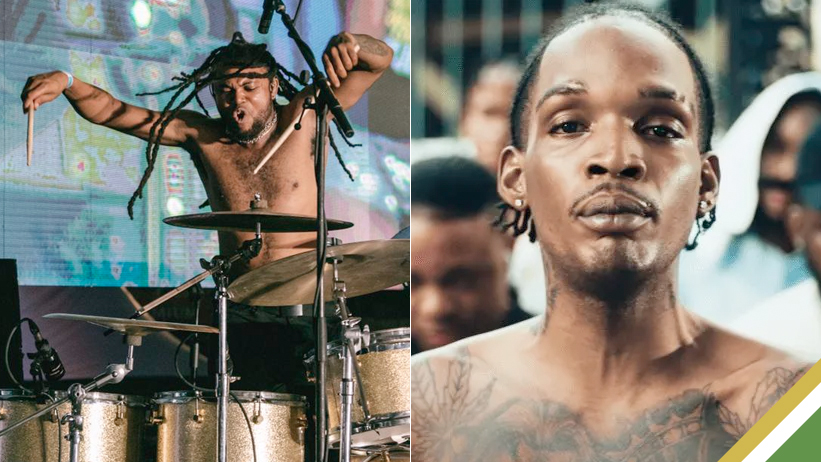 Last Saturday, the culmination of Alkaline’s New Rules Festival at the National Stadium brought many conversations on social media as fans weighed in on various aspects of the event.

Among the most topical was the live presentation by controversial dancehall artiste Skeng and, more specifically, his band (Tower Band), who donned coordinated attires to complement the artiste’s image.

However, on a more granular level, the performance by the drummer, Kryss Ras, left a few raised eyebrows after he was witnessed throwing the drumsticks in the air and knocking over several pieces of equipment at the closing of Skeng’s set (see our IG reels for highlights). This has led to much speculation by fans that the musician was high on Molly.

Kryss Ras, who also acts in the capacity of band leader and manager for Tower Band, on Monday got wind of the accusation and has released a statement addressing the matter,

“I am not sure why they would say that if it’s because I was playing for Skeng. I was not high on Molly or any other drug; it was just a musical high based on the energy Tower Band was putting in the show, and the energy Skeng came with, so together, the force had that impact.”

He further stated, “As a drummer and the bander leader, I love music, and it comes from a natural place. Playing Skeng’s music, I think dancehall never expected his live show to sound like that based on how Tower Band creatively arranged the set. Many would have noticed we also came with an image, energy and presentation; therefore, we are demonstrating that once you book Tower Band, we bring all the elements, not just entertainment.”

Tower Band is arguable the fastest-rising new band currently on the circuit. They have been instrumental in backing some of the industry’s most noted stalwarts and trending new stars, including Marcia Griffiths, Ken Boothe, Gyptian, Etana, Nadine Sutherland, Tanya Stephens, Bugle, I-Octane, Teejay, Jahshii, Jahvilanni, Rytikal and Skeng.