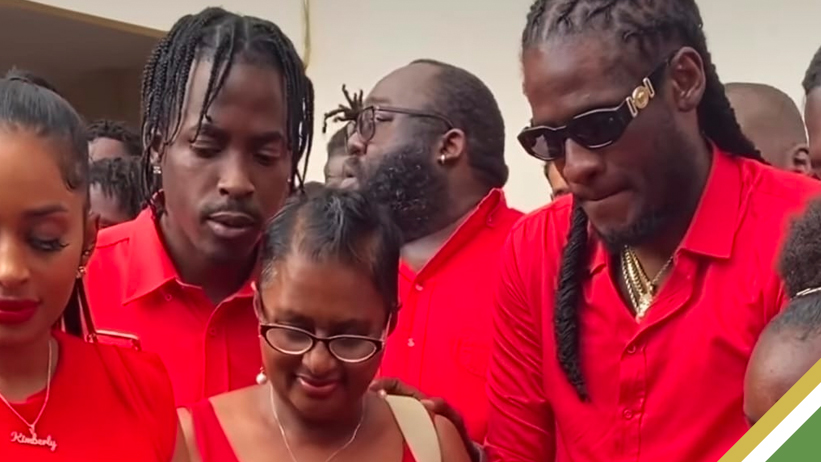 On a day filled with grief and sadness, the Lawrence family said goodbye to their beloved Khalif Lawrence, son of Dancehall star Aidonia and his wife, Kimberly.

The private funeral service, held on Saturday, January 7th, at the Boulevard Baptist Church in Kingston, was attended by family, close friends and a select group from the entertainment industry.

The service began at 10 am, with members of the Lawrence family honouring Khalif’s favourite colour, red, instead of the traditional black. The funeral program featured a beautiful collage of Khalif with his loved ones in happier times, a poignant reminder of the joy and love he brought into the world. Several white doves were also released during the service.

Last December, the entertainment community was shaken by the news of Khalif’s passing. The couple’s only child, Khalif, died on Saturday, December 3rd while undergoing treatment at an overseas medical facility after a prolonged illness. His devoted parents surrounded him in his final moments.

In the wake of this devastating loss, the Lawrence family has received an outpouring of support from the general public. In an official statement, they thanked everyone for their kind words and support during this difficult time. They’ve also requested that the media, entertainment industry, and the general public respect their privacy as they struggle to come to terms and heal from this tragic and unimaginable loss.