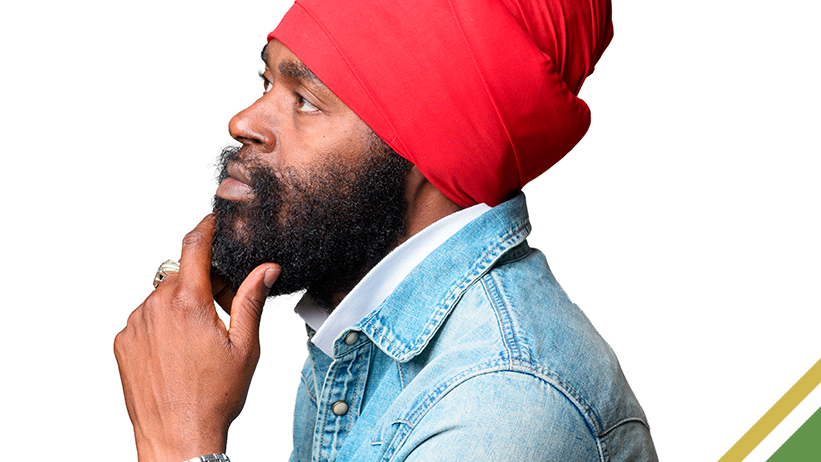 “Di music needs balance; everybaddy can’t just be dunce. Everybaddy is influenced by someone at some point inna dem life, and artists have a lot of influence, especially on di yutes. So imagine if everybaddy a sey dunce, what will happen to the next generation being influenced by these artists. This is why we need balance; some people have to be educated so the yutes can see there is a choice.” – Bugle told the broadcaster.

“if a yute a grow up and hear everybaddy a sey dunce, then him aguh believe seh a dunce a di way fi go because a dat everybody a sey. I nah fight or bash the yutes dem, because some a dem a sing weh dem know, but since mi know betta, mi just a add some balance to di ting.” – He added.

The Rastafarian crooner, who made a cameo at last night’s “Tarrus Riley and Friends” concert at the Emancipation Park in New Kingston, is currently promoting his latest single, “Fully Bright“, an ode to education. Bugle says he is pleased with the current trajectory of the song and the support it has been receiving.

The official “Fully Bright” video also premiered last night on the platform and is now being streamed on Youtube.