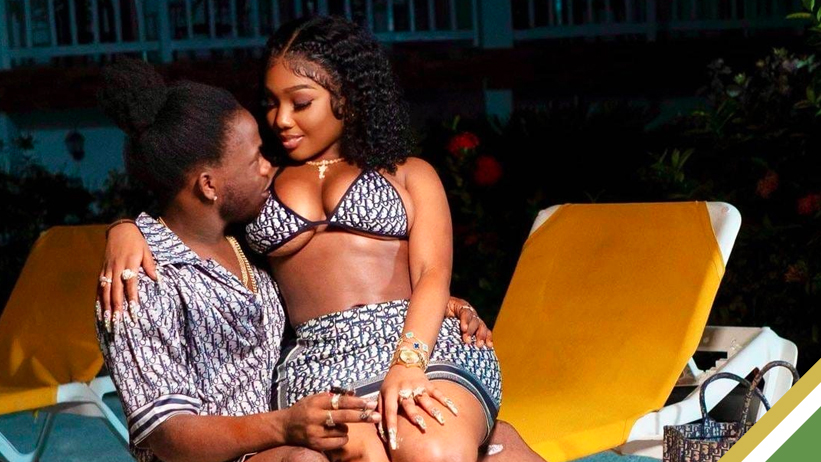 The media shows the two canoodling at every opportunity presented, sparking speculations of romantic entanglements between them. However, in a recent sit down with THE FIX podcast, the outspoken personality used the platform to clear the air while promoting her latest music video, “4Life”.

According to her, Jahshii is a platonic friend, and there is nothing romantic between them,

“We are not together; why are you guys saying that” to which Ari responded, “Because those pictures look veerry cosy!!”

Starr adds that they are “just pictures” while advising the females, “Ladies, I’m a tell you this! This how you sure me and Jahshii ain’t got nothing Jahshii don’t eat no p****.” When challenged about her surety by the always inquisitive Naro, she responded, “because he told me,”.

Grinding on Jahshii during the video shoot, she claimed that the “rifle was on her” and “it’s big”, emphasising that’s an added dealbreaker, “I don’t like big d***,” she noted. But encouraged her peers to slide into Jahshii’s DM if they do.

Currently trending at the No.18 spot on the Youtube music chart in Jamaica, the views for “4Life” remain at a nominal 99,000.

Meanwhile, Jahshii is gearing up to take the stage at Sting 2022 later this month.