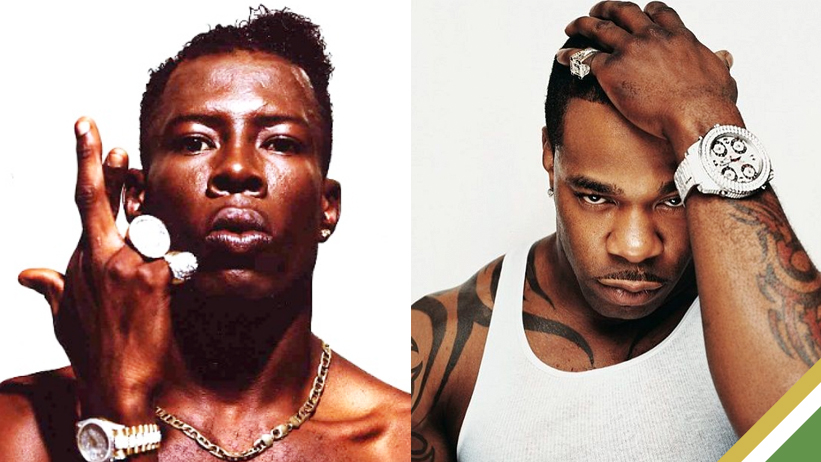 New York rapper Busta Rhymes, raised in the streets of Brooklyn and Long Island by Jamaican parents, has always been inspired by the sounds of dancehall as a youngster going to school. During that period, he would sell radio-recorded mixtapes to pay for this favourite pair of Puma suedes because, culturally, it was cool to always have a fresh pair of kicks on your feet.

“Shabba was the father for me,” Busta said during a recent studio listening session with Tidal magazine. “The wardrobe, the jewellery, the voice, kickin’ up your foot, the hands in the air? I brought all of that to rap. Ahahaha!” the very animated rapper exclaimed.

With the increased global interest in the local genres, Busta intimates that he is not amused when Jamaican sounds are utilised as a gimmick by pop stars, many of whom express scant regard for the origins of its roots, given his profound love for dancehall.

“There’s a lot of misrepresentation of reggae culture. The truth is the truth. Motherf**kers don’t rep the culture right, they should be called out. That’s a part of the beauty of dancehall culture. That’s why we clash! If you nuh have your lyrics them right, come offa the bloodcl**t stage!” – he declared.

Currently promoting his five-track EP “The Fuse Is Lit“, the rapper also spoke candidly about his recording session with Skillibeng for the dancehall-inspired track “Bulletproof Skin.” featured on the project.

“Yo! the song came about crazy,” said Busta, who recorded with Cool & Dre at their Miami studio. “Some real bumb*cl**t badman thing.”

Released two weeks ago, the official “Bulletproof Skin” video has amassed over 2.5 million views on Youtube and continues to experience an uptick in viewership.

This latest track set is the follow-up to Busta’s tenth studio album, Extinction Level Event 2: The Wrath of God, released two years ago.