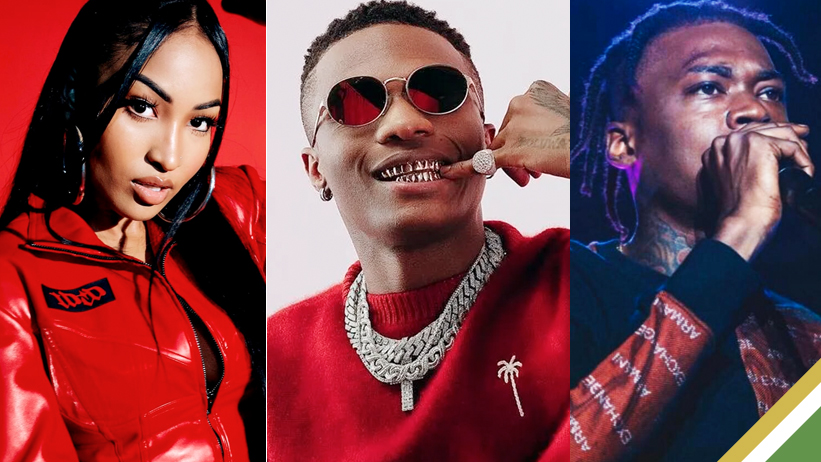 Featured on the Wizkid single “Slip N Slide“, the song earlier today debuted at No.3 on the Billboard “Hot Trending Songs Chart” powered by Twitter, resulting in the Jamaican pair annexing another international hit to their growing catalogues.

Meanwhile, Wizkid, regarded as one of this generation’s biggest and most influential African artists, continues to saturate the chart, occupying 7 of the 20 spots with various cuts from his More Love, Less Ego album.

Securing the No.1 spot is Sugar while Flowers Pad sits at No.2, and in the No.3 spot is Slip N Slide (featuring Shenseea & Skillibeng). At the same time, Plenty Loving makes its entry at No.4, Frames (Who’s Gonna Know) is at No.6, with Balance at the No.10 spot, capped by Special featuring Don Toliver at No.12. 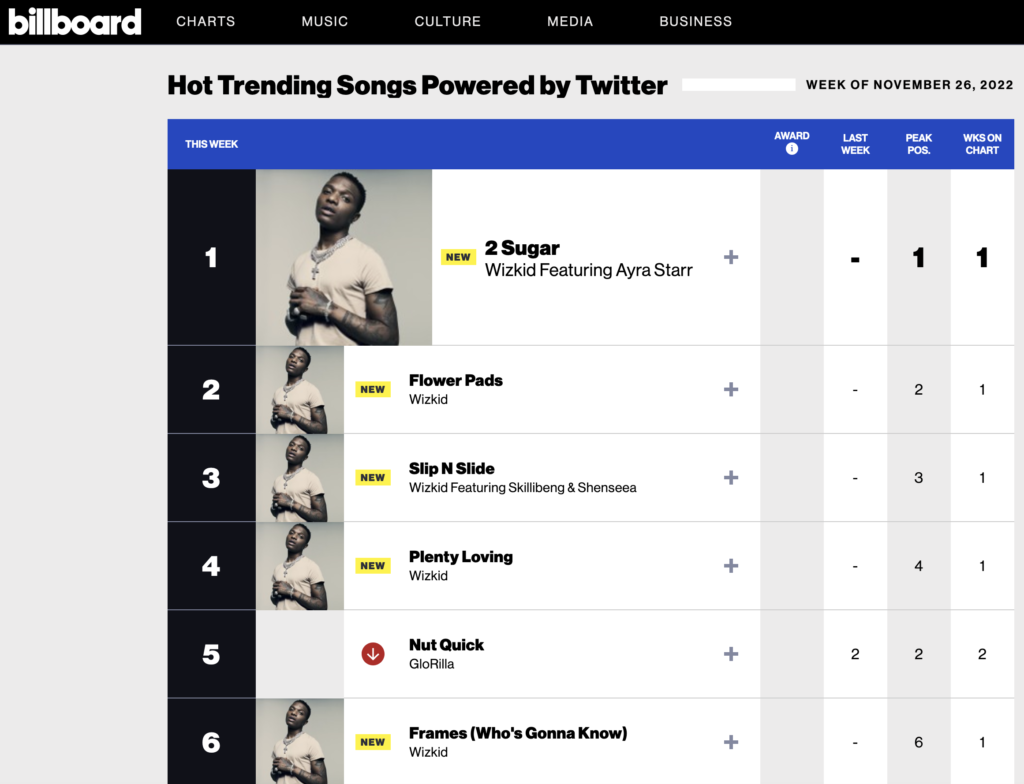