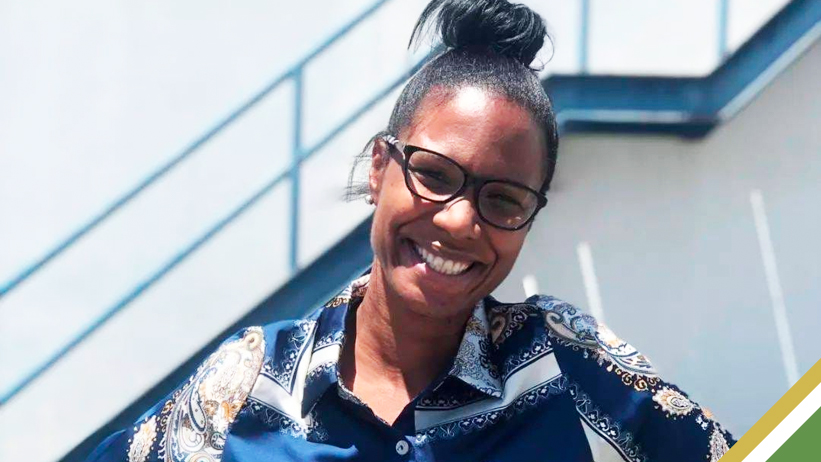 Thanks to the combination of athleticism, bravery, quick wits and durable windscreens, podcaster and media practitioner Tazhna Williams, more popularly known as “Tazhna“, is alive today to recount a near-fatal ordeal she encountered recently.

Speaking exclusively with Prism Marketing Consultants, Tazhna recalls the events of a failed robbery attempt by an unknown assailant that almost turned deadly.

According to her, she went to visit the hairdresser in Central Plaza, Half-Way-Tree; upon exiting the establishment at approximately 8 pm to return to her car, she noticed a man in the distance clad in full white with a black face mask and backpack trailing her. Immediately recognizing the impending danger compounded by the sparse area, she dashed for her car; using the remote key to open the doors, she quickly entered and locked them.

By this time, the assailant had reached her car and became very hostile after realizing he could not gain entry. Armed with a rachet knife, he began viciously hitting the windscreen and windows in an attempt to break them as droplets of blood spewed from his hand all over the vehicle.

“I started screaming, then collected myself and realized I needed to do something. He was trying to slash the tires. I immediately started the car, reversed, swung it in his direction and sped out of the parking lot.” – she explained as her voice trembled.

Shaken by the whole ordeal, Tazhna said her experience was worsened by the insensitivity of the police officers to whom she reported the matter, as they were very cavalier in their mannerisms, almost to the point of smirking with snide remarks like “this don’t look like a robbery, you sure is not an ex or someone after you?”  She explained that it was only after threats of exposing them to the media did they decide to file a report.

In closing, Williams said she is appealing to everyone, especially women, to be cognizant of their surroundings when operating in public, as being vigilant could be the difference between life and death.