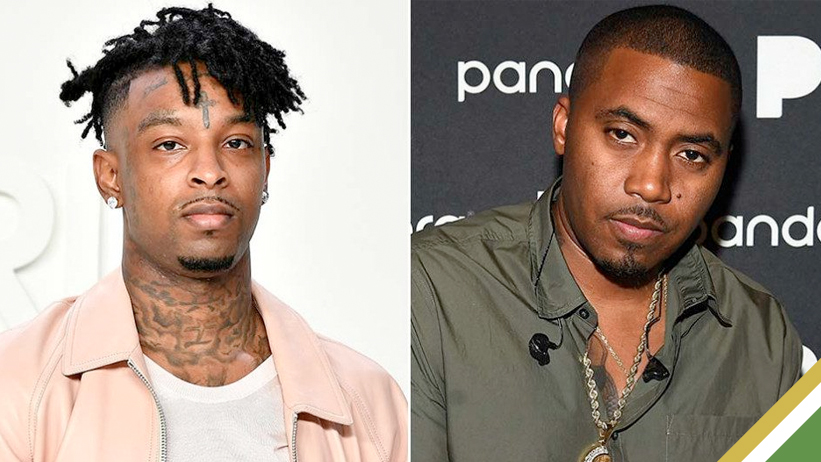 While promoting his chart-topping album with Drake, the rapper took aim at hip-hop great Nas, stating he is irrelevant in today’s music landscape. He made the controversial remark during a weekend Twitter Spaces chat.

Many fans criticised Savage for doubting Nas’s relevance on social media in response to his remark.

Nas has not responded to 21’s comments. On Friday, the Grammy-winning legend released King’s Disease III to widespread acclaim.

Savage, who was less than two years old when Nas released Illmatic, recently sparked controversy by claiming he would “smoke” Kodak Black in a Verzuz duel.

“I’m smoking Kodak,” he said on Twitch before reciting his stats. “Before all this Drake sh*t, I been having hits. I been having diamond songs. I’m probably the only ni**a of this generation to go platinum with no features.”

Clearly, 21 is feeling himself. Her Loss, his collaboration with Drake, debuted at No. 1 on the Billboard 200 with 404,000 equivalent album units, the most week for a hip-hop album this year.

21 Savage has responded to the situation. He asserted on Twitter that he was not disrespecting Nas.

He wrote, “I would never disrespect Nas or any other legend who paved the way for me; y’all are trying to take things and run with them.”