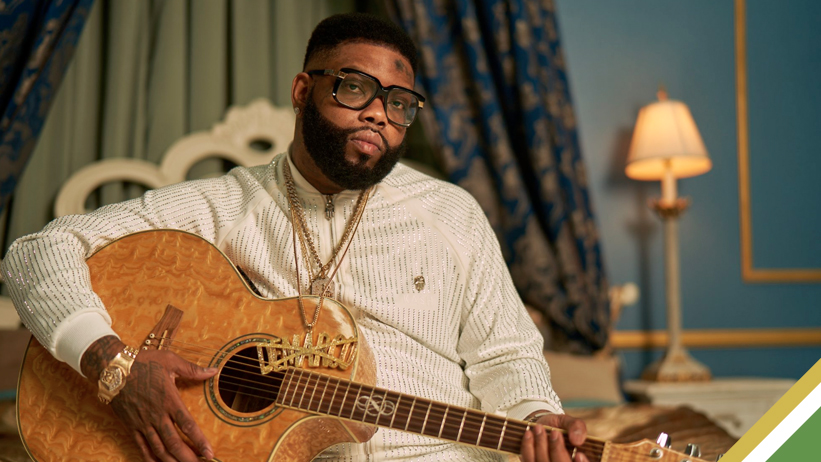 In recent times, multi-talented entertainer Demarco appears to be going through a musical metamorphosis based on his utterances and perspectives on several issues affecting the local industry.

On Sunday morning, the Atlanta-based deejay via Instagram posted an image denouncing gun and violent songs in dancehall amid pleading to his peers to shift their mindset to the collective idea of making money together, the post read,

“I wish every dancehall artist including myself will stop singing killing and gun songs. Amen,” this was accompanied with the caption,

“🙏🏾 LETS STOP PROMOTING KILLING EACH OTHER AND PROMOTE MAKING MONEY TOGETHER!!”

The post was met with a plethora of endorsements from music fans and several of his compatriots, including Morgan Heritage, I-Octane and Bay-C (formerly of TOK).

This latest move by the “Fallen Soldier” hitmaker comes on the heel of his recent endorsement of comrades Bounty Killer, Beenie Man, Shaggy, Sean Paul, Elephant Man, Vybz Kartel and former nemesis Mavado, whom he collectively lauded for their respective contributions to the dancehall industry. In a series of Instagram posts, he stated,

“WE APPRECIATE EVERYTHING YOU’VE DONE FOR OUR GENRE!!! 💐 #FLOWERS” followed by their respective hashtags.

Meanwhile, as the date for the announcement of the nominations for the 65th GRAMMY Awards fast approaches, Demarco’s latest album, “Melody“, is currently among the 67 Reggae albums shortlisted by the Recording Academy for consideration in the Best Reggae Albums category. 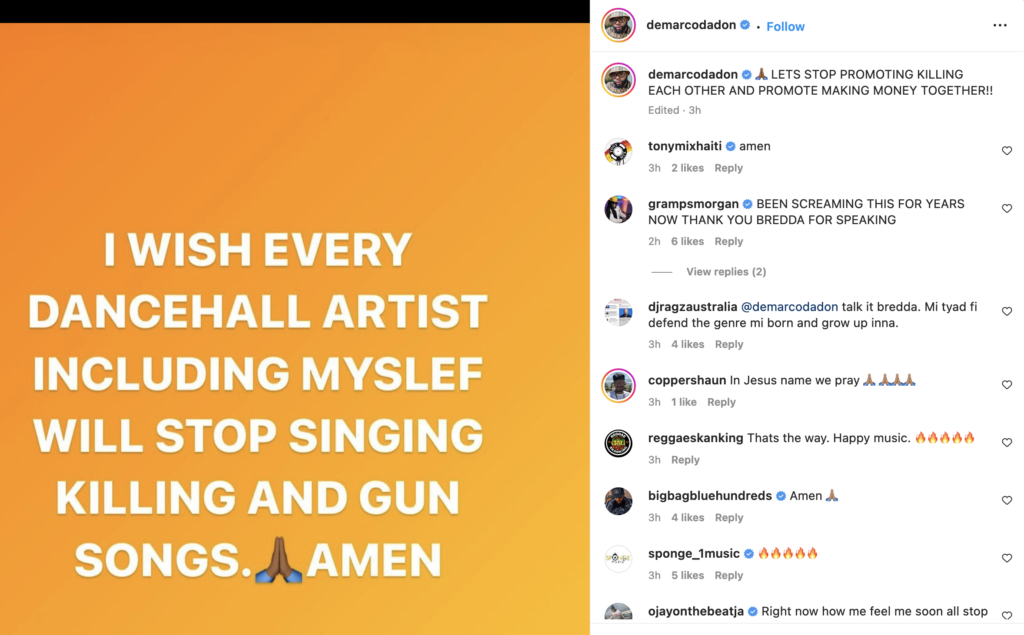