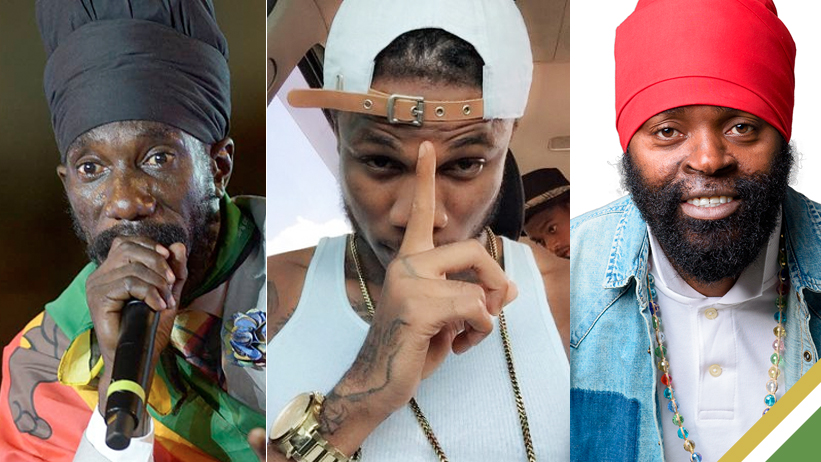 As the first round of voting gets underway for the 65th Annual GRAMMY Awards, creatives and members of the Recording Academy have begun actively campaigning for their respective projects to secure a nomination.

In the Best Reggae Album category, 67 albums have been selected from the pool of submissions by the Academy that will now compete for final selection.

A quick review of the entries up for consideration shows reggae projects dominating the category while dancehall serves up a fair among of offerings. Among the dancehall projects are, True Religion by Vybz Kartel, 438 by Masicka, Spice’s Emancipated, Rygin King with Therapy, I-Octance’s I AM GREAT, Demarco’s Melody, Di Best by Elephant Man, UTG with Team Different, Sean Paul’s Scorcha, Come Fly With Me by Shaggy, Konshen’s Red Reign and incarcerated deejay Tommy Lee Sparta wrapping the dancehall selects with Transition.

Meanwhile, on the Reggae side, Bugle rolls out with the critically acclaimed Toxicity, Kabaka Pyramid announces his presence with The Kalling, and Jahmiel steps out with Legend. Other Jamaican projects include Third Time’s The Charm by Protoje, Refugees by the legendary Jimmy Cliff, Hezron’s M.O.A.M., Koffee with Gifted, Tears Of Joy by Teflon, Yardcoore with Reggaeland, Bling Dawg’s Elev8, Rise Up by Sizzla Kalonji and Runkus and Toddla T with Outside. The rest of the category is proliferated with foreign acts.

The final list of nominees who will vie for the Reggae Grammy will be revealed later this year.

In April, the 64th instalment of the annual GRAMMY Awards ceremony unfolded at the M.G.M. Grand Garden Arena in Las Vegas, Nevada. Virginia-based reggae band SOJA took home the coveted award in the highly competitive Best Reggae Album category for their effort Beauty in the Silence. Other nominees in the category were Spice for her album 10, Live N Livin by Sean Paul, Pajoma by Etana, Royal by Jesse Royal and  Positive Vibration by Gramps Morgan.