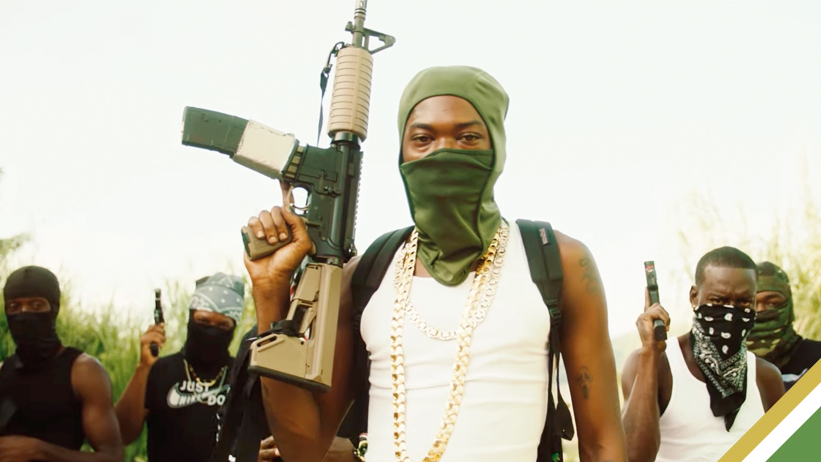 A senior government minister in St. Lucia has expressed concern that a person appeared on a stage armed with a gun during a concert over the weekend featuring dancehall artist Skillibeng.

“We need to ask some serious questions. As far as I knew, the police took a position that they were not approving the show because the individual in question is someone who has been involved in singing and promoting music that glorifies crime and gun violence. And I know because I was in discussion with the police force,” said Tourism, Investment, Creative Industries, Culture and Information Minister, Dr Ernst Hilaire.

“The police were very clear that they were not going to approve it on the grounds of national security and events security,” he told reporters, adding that the police had regarded the event last Saturday night as a threat to the fight against gang crime.

He stated that the police viewed it as a threat to the event itself because they were dissatisfied with the level of security.

Hilaire asserted that the police position was known by late Friday. Despite this, someone approved the concert at the Darren Sammy Grounds, which featured Skillibeng and several prominent local acts.

“We need to know who that person is and under what conditions they gave their approval,” Hilaire said, adding, “what assurances were given to that person to make that decision?”

According to Hilaire, the promoters of the Onyx concert must account for the person carrying an openly-carried firearm on stage. Images of the armed man have begun circulating on social media, and the event organisers have since issued an apology.

Hilaire told reporters that the weapon was not a standard firearm and that he was unaware of whether it had been authorised.

Hilaire stated that the police have determined that anyone who promotes or sings songs glorifying violence will not be permitted to perform in St. Lucia, noting that open-carry firearms are prohibited on the island’s stages.

He stated that if a promoter misleads the police, there will need to be a serious discussion about that promoter’s role in St. Lucia’s creative space.

“It was pointed at the crowd. What if people had rushed the stage? What would have happened? Would you have shot the crowd?” Why was it necessary for an open-carry firearm on stage”? Hilaire added that someone must account for this.

Hilaire declared, “The promoters involved in this will be held accountable.” 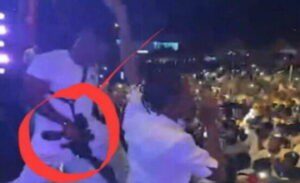