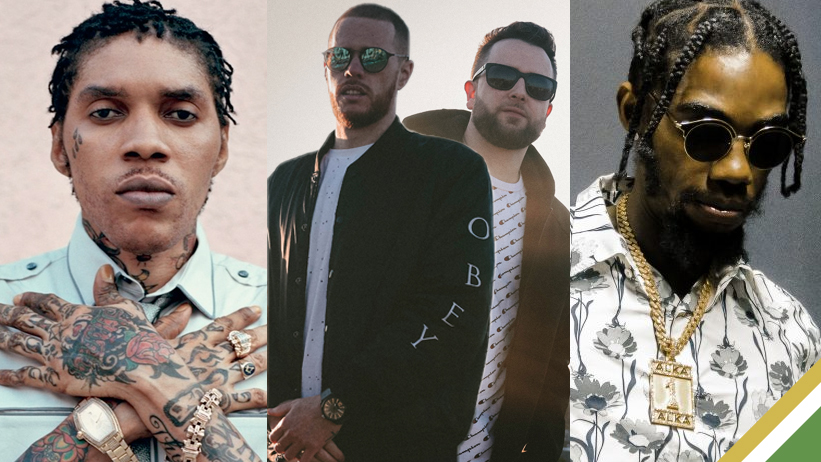 Hearing the name “Gold Up”, your brain may not readily conjure an image or thought to associate with the appellation. However, shift your attention to the dancehall scene for a quick second and look beyond the beats, bravado, and booze. At that moment, you may discover a pair of musical brainiacs working meticulously at crafting some of dancehall’s most signature sounds.

“Gold Up”, a Canadian/Jamaican production outfit led by French and Canadian duo Raph and Zack Ariyah, has been quietly serving up some of the biggest compositions and productions saturating the airwaves across the diaspora.

With a passion for the Jamaican art form, Zack, a relative newcomer to the dancehall scene, in 2010 started composing beats, many of which were given to other noted local music producers and subsequently became hits. Working diligently at honing his craft, he eventually teamed up with France native Raph, giving birth to Gold Up Music.

Intent on establishing a name for themselves, instead of operating as ghost-beatmakers, in 2018, they officially launched Gold Up Music. Since then, the outfit has claimed responsibility for a plethora of hits such as Laa Lee’s “Bird“, “Belong With Me” by Shenseea, Kyodi’s “Mi Nice Mi Nuh Drunk“, “Bubble It” By Busy Signal and ZJ Liquid and Badda General’s “Barrel“.

Later this month, the musical virtuosos are set to release Introduction, their sophomore album.

The 14-track compilation earmarked to hit digital, and streaming platforms on October 28 is jam-packed with some of our time’s most iconic and influential voices. Among the coveted list of featured acts are Bugle, Beenie Man, Busy Signal, Charly Black, Elephant Man, Laa Lee and African superstar Shatta Wale.

An official launch is slated for the album on Wednesday, October 26, at Janga’s Soundbar & Grill in New Kingston, where Afrobeat, Latin, Reggae and Dancehall fans will get an opportunity not only to listen to some exclusive cuts but also interact with some of their favourite stars in attendance. 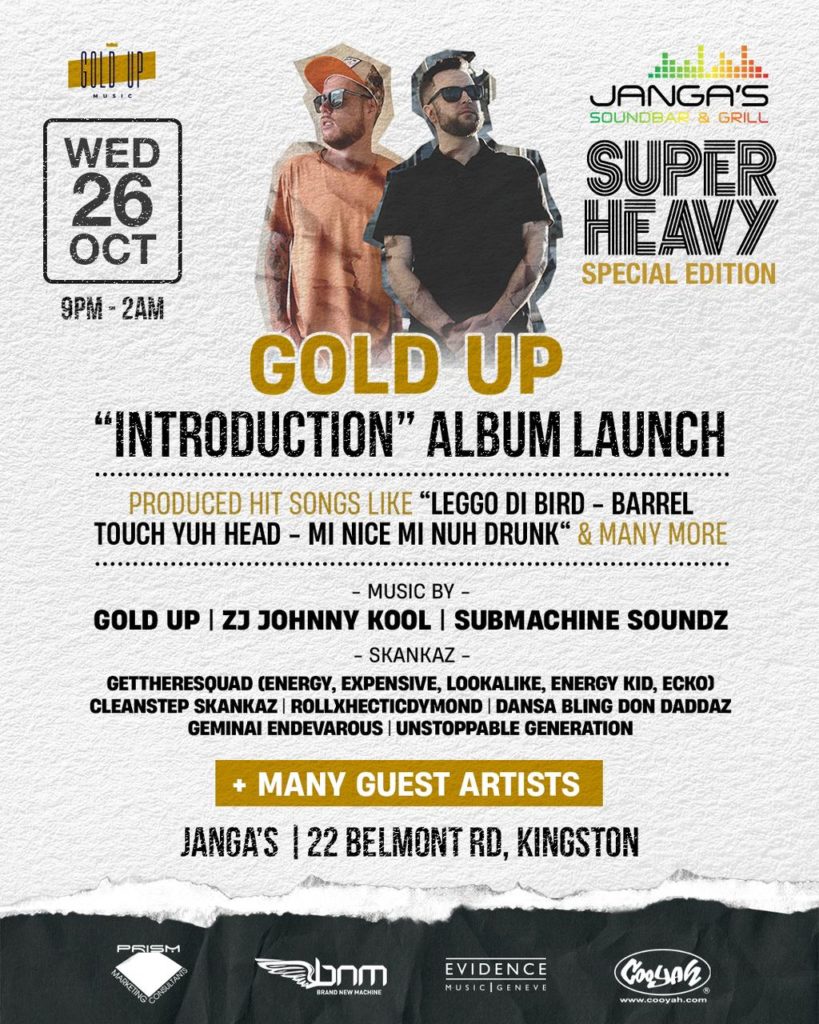