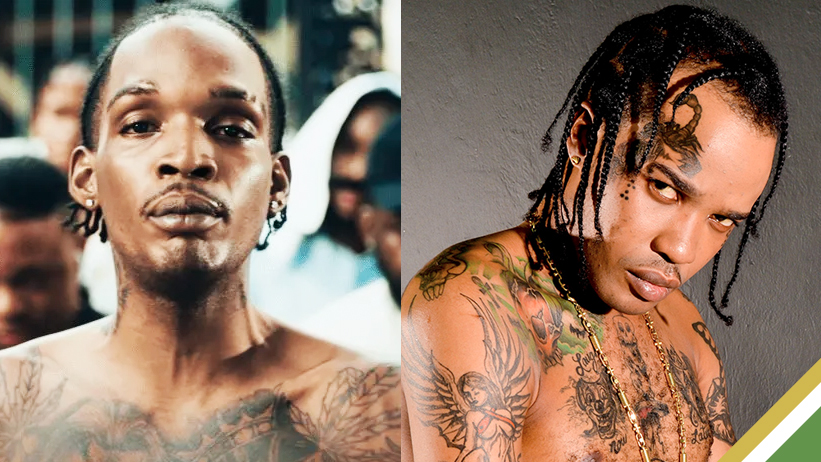 Fresh from a stint in Trinidad & Tobago as one of the headliners for Life The Concert alongside compatriot Mavado, controversial deejay Skeng is back in the news again.

In this latest episode, the Gvnman Shift hitmaker seems to have strengthened his affiliation with jailed deejay Tommy Lee Sparta. In a video now making the rounds on social media, Skeng is seen shirtless, sporting a sizeable tattoo across his right shoulder with the word “Sparta”, as one of Lee’s songs blares in the background.

The revelation was made via Tommy Lee Sparta’s official Instagram account, captioning the post with the hashtag “#rattygang.” The news was met with much jubilation from fans of both entertainers as anticipation builds around their upcoming release.

This latest move by Skeng comes in the wake of the upcoming sequel for Protocol, a collaborative hit featuring the Sparta Boss. Titled Protocol 2, the follow-up track is slated for release soon and will be accompanied by an official video shot in Trinidad last weekend. (See our IG Reels for highlights)

Meanwhile, on the international scene, Skeng’s Likkle Miss remix featuring Nick Minaj continues to enjoy an uptick in viewership. Released less than a week ago, the visual has amassed over 2 million views via Youtube.