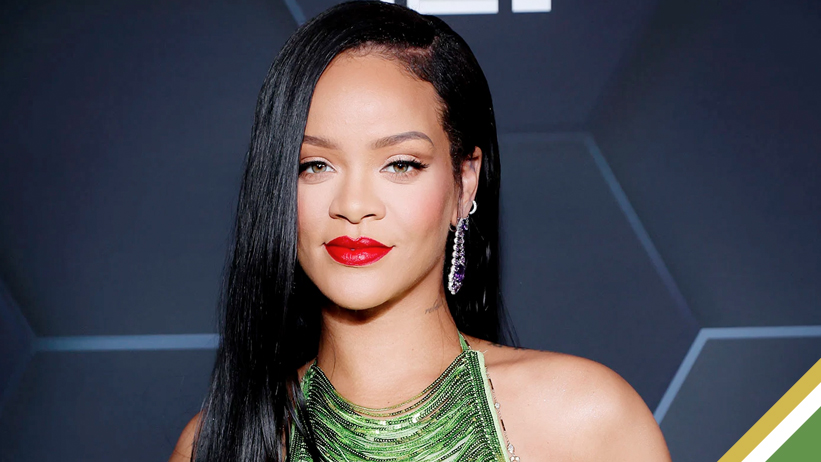 Next February, Rihanna will be performing at the Super Bowl Halftime show for the National Football League (NFL). After giving birth earlier this year, this would be the Roc Nation artist’s first public performance.

Similar to how Rihanna’s return to the stage is a defining moment for the music industry, the NFL’s new sponsorship arrangement with Apple Music marks a significant milestone for the sports industry. Pepsi was previously the sponsor of the halftime performance. The concert will take place on February 12 in Glendale, Arizona.

VP of Apple Music and Beats, Oliver Schusser, is thrilled to announce that the company will be working with Rihanna, Roc Nation, and the NFL to bring fans of both music and sports a historic performance.

In the intervening four years, Rihanna has not had a public performance. Although she launched her Fenty Beauty line in 2017, the singer has made fewer public appearances in the years since, with her last performance coming at the 2018 Grammy Awards.

Meanwhile, Jay-Z and Roc Nation are producing the Halftime Show as per their agreement for the rapper to serve as the company’s live music entertainment strategy. Reactions to the NFL’s handling of the Colin Kaepernick incident led to some teams cutting ties with him, and that’s when Jay-Z was hired. Artists who agreed with the quarterback who made news by kneeling during the national anthem in protest of police brutality against African-Americans staged a boycott.

With Jay-Z at the helm, the Halftime show has become increasingly prominent, culminating in an Emmy win in 2022 for a performance featuring Dr. Dre, Snoop Dogg, Kendrick Lamar, Mary J. Blige, and Eminem.

When playing his song Lose Yourself, which was given the green light by NFL authorities, Eminem kneeled to demonstrate his support for Kaepernick’s protest.

In his remark about Rihanna’s upcoming Super Bowl halftime performance, Jay-Z describes the Bajan singer as “a once in a generation talent.”

The Roc Nation creator remarked, “Rihanna is a generational talent, a woman of humble beginnings who has surpassed expectations at every turn,” the Roc Nation founder said. “A person born on the small island of Barbados who became one of the most prominent artists ever. Self-made in business and entertainment.”

The singer/songwriter has been quiet since the release of her 2016 album, although her ninth studio album has been in the works since at least 2019.