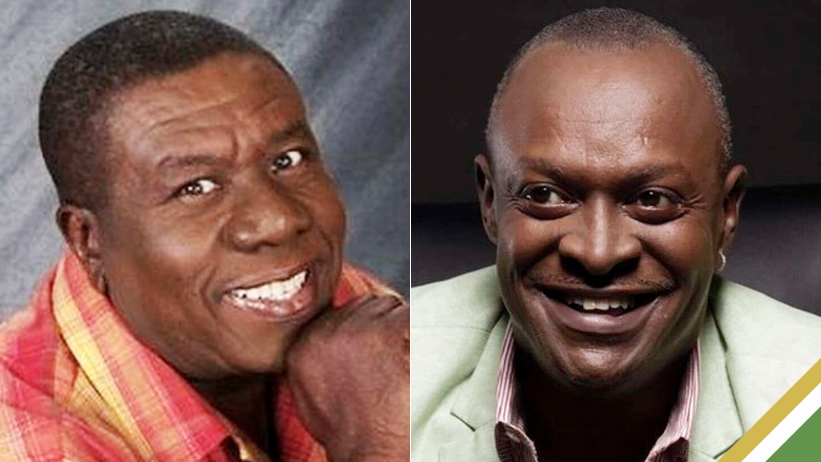 Oliver Samuels, and Glen “Titus” Campbell, two of Jamaica’s most accomplished cultural icons, have returned to the stage with their new piece, ‘Oliver At Large: Oliver Back a Yaad’.

The play is a reboot of his popular “Oliver At Large” series, which propelled him to international fame as a comedic genius. The Actor, Director, Producer, and Playwright revealed that the series is a legacy project commemorating his 50 years in the theatre.

“Ever since the success of Oliver at Large, which was mainly written by Patrick Brown, the desire and the expressed views of the Jamaican population was for something like that again or the wish that it could have been continued,” Oliver explained.

Since its premiere in the early 1990s, more than two decades ago, the original comedy series is widely considered a Jamaican cultural classic.

Patrick Brown, an accomplished Jamaican playwright, and Samuels came up with the idea for the revival of the popular sitcom.

“We got Patrick Brown, who is the foremost comedy writer in Jamaica, to agree to write some of the scripts; and so, our first four scripts of ‘Oliver Back a Yaad’ are written by Patrick Brown. We hope that people will just gravitate to it and be nostalgic and go online and purchase them,” Samuels intimated.

Mr Samuels stated that the presentation of the production during Jamaica’s Diamond Jubilee festivities is noteworthy since it marks his contribution to the growth of local theatre.

“I want this to penetrate the millennials and give them a sense of pride, a sense of belonging and feeling that they are Jamaicans. All the material is clean fun, but with expressions in it, with proverbs in it, and real musical Jamaican language. Throughout the Diaspora, I want these episodes to continue to teach those persons who left here long ago and are still very proud of Jamaica and proud of their culture, to continue to use this material to teach their children who were born [elsewhere] to have a sense of our language,” he said.

The Ministry of Culture, Gender, Entertainment, and Sport supports the initiative, which is being created by First In Line Plus Production Company Limited.

Filming of ‘Oliver Back A Yaad’ began in Kingston in December 2021, with the first four episodes finished in six months. The relaunch is being exclusively streamed on www.firstinlineplus.online for US$9.99 for a one-month membership.

Mr Samuels is one of the Jamaican theatre’s most well-known and esteemed artists. He was born in St. Mary. Ras Noah and the Hawk, Cinderellisha and DJ Prince, River Bottom, Assistant Thief, Puppy Love, Smile Orange, Countryman, and The Mighty Quinn, starring Denzel Washington, were among the numerous productions in which he appeared.