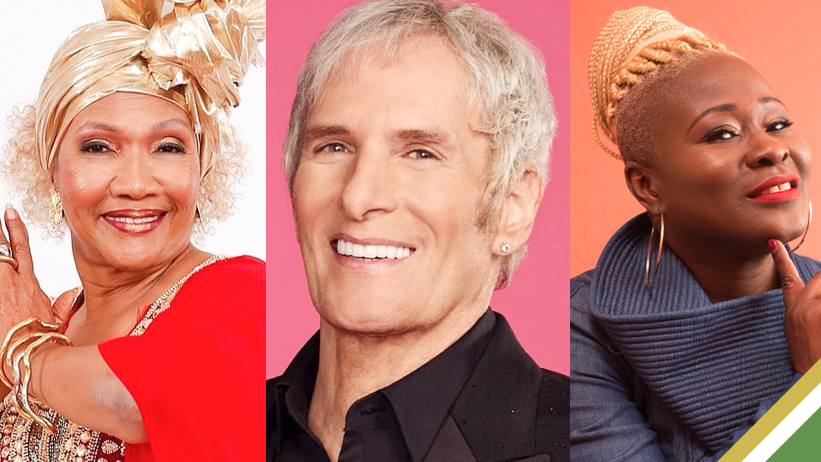 On September 18, several Jamaican music stalwarts will share the stage with American singer and songwriter Michael Bolton in Georgia.

The annual Legends In Concert series will see crooners Anthony Malvo, L.U.S.T., Junie Ranks, Jigsy King, Lady G and Marcia Griffiths taking centerstage alongside the American at the Legion Field in Covington. The show gets underway at 5 pm.

According to veteran dancehall singjay Janice Fyffe, also known as Lady G, she is pleased to be still receiving top billing in the U.S. and Canada despite not having a trending hit in the last decade. The singjay, booked for events like the V.P. Records Jamaica 60 celebrations recently in Ontario, Canada, sees this as a testament to the work that she has put in over the last three decades.

“I’m always recording new music, that is the work of an artiste, but I know it’s my clean lyrics from my worldwide hits and my on-the-spot freestyles on stage that keep the fans entertained,” Lady G explained.

Since her first hit, ‘Nuff Respect,’ released in the late 1980s, Lady G has been consistent with material that doesn’t follow the convention of dancehall slackness, proving that Dancehall can be entertaining without being vulgar. The artiste admits that she has occasionally considered retiring, but the love of the music and the consistent bookings make it impossible to stop anytime soon.

“I love going on a stage and hearing the crowd sing my songs word for word. I love being able to share my experiences with my fans while remaining true to myself as an artist. It makes me fit into spaces that other dancehall acts are not able to fit into,” G added.

Alluding to what patrons can expect at this Sunday’s showcase and other upcoming events, Lady G declared, “Fans can expect a great, fun and entertaining set from me at these upcoming events. I’m booked predominantly in North America now, but I’m looking forward to my Caribbean tour, which is also in the planning stages.”

Current releases for Lady G include Live It Up, produced by General Degree on his Size 8 Rhythm and Big Woman Ting courtesy of Malvo Production.