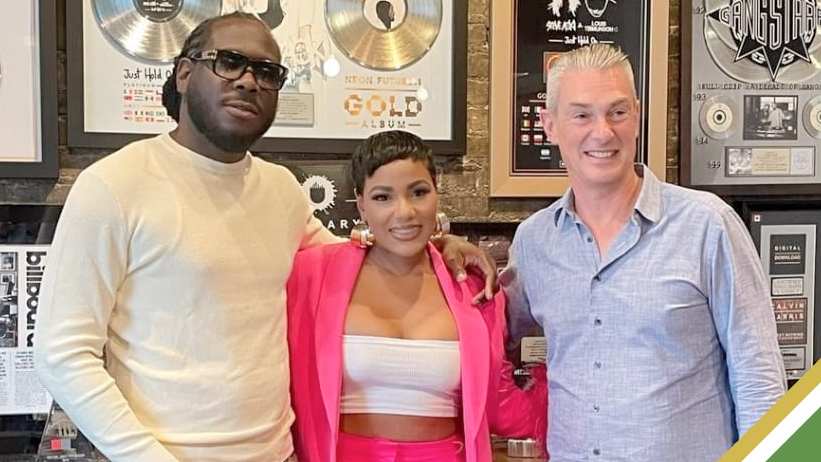 Subsequent to her recent tiff with Bounty Killer at Reggae Sumfest and the lacklustre support from the wider dancehall community, recording artist Ishawna finally has something to celebrate.

The controversial songstress on Wednesday afternoon revealed that she had inked a new record deal with veteran music executive Peter Moxey. Though the deal’s granular details were omitted, Ishawna seemed pleased with the arrangement. Skatta Burrell, a longtime friend of the singer, was also on hand to witness the landmark moment.

“SIGNED, SEALED AND READY TO DELIVER‼️

I am super excited to announce that I just signed my first International Record Deal. 😫🙏🏽🙌🏽

Thank you Patrick Moxey @paydayrecords @ultrapublishing and the entire team. I’m so grateful to have you apart of my journey.☺️🙌🏽Thank you @skattaburrell for always believing in me, I’m so happy to share this moment with you. 🥹💕

To my amazing fans and everyone that believed in me THANK YOU!!!!

This is only the beginning🔥

The agreement, which encompasses the legendary Payday Records and the newly created Helix Records, will see Warner Recorded Music handling global digital distribution via its independent services arm ADA Worldwide. It includes the option for the parties to co-sign a new repertoire.

The move comes just weeks after Moxey left Ultra, the powerhouse electronic music and dance label he founded in 1995, and Sony Music, which partnered with Ultra in 2012 and recently acquired it in full.