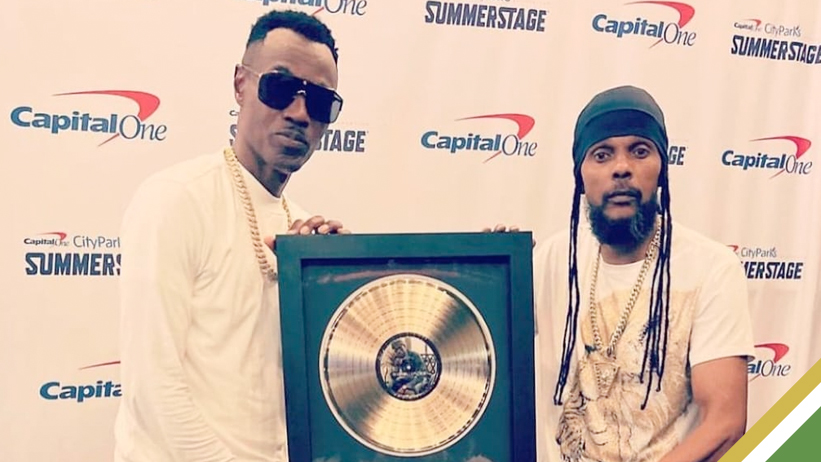 Veteran dancehall crooner Wayne Wonder is in high spirits after mining gold for his 2003 party classic No Letting Go.

Commemorating the golden achievement, the Jamaican entertainer was presented with a Recording Industry Association of America (RIAA) Gold plaque by executives from VP Records. The presentation was made over the weekend at SummerStage in Central Park.

On August 3, Wonder’s No Letting Go, produced by dancehall virtuoso Steven ‘Lenky’ Marsden on the Diwali riddim, received a Gold certification for reaching the 500,000 unit sales mark in the US.

In appreciation of the award, Wayne Wonder shared a post via Instagram of the ceremony captioned, “Hard Work, Be Constant, Self-Discipline, Self-Driven and Humble gave me a GOLD PLAQUE😎! Thanks to all my fans,”

Released nineteen years ago, No Letting Go was the lead single from the album No Holding Back, distributed jointly by Atlantic Records and VP Records. The song peaked at No. 3 on the UK Singles Chart and occupied the No. 11 spot on the US Billboard Hot 100 Chart.