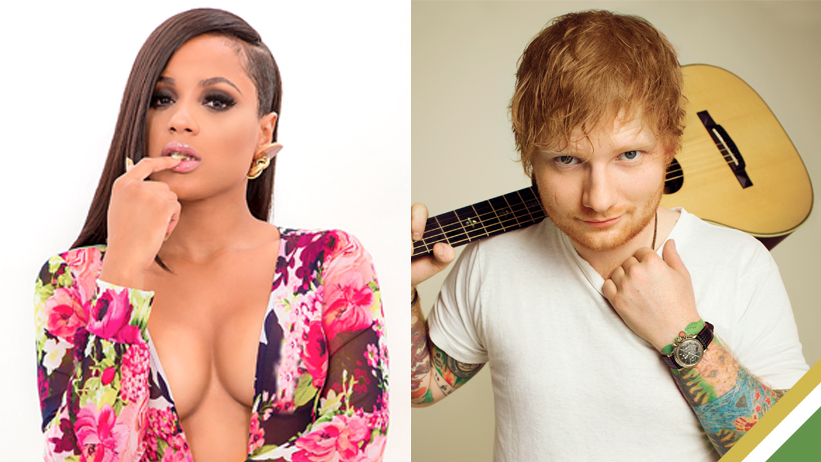 The single titled “Brace It” sees the Grammy-winning Sheeran testing his lyrical versatility in patios alongside the Jamaican vocalist.

The pair announced the project on Wednesday via their respective social media platforms. A seemingly elated Ishawna took to Instagram, posting the official cover art and an audio snippet captioned, “Me and @teddysphotos want to turn things up a bit… shall we??!!”

Meanwhile, to his over 39 million Instagram followers, the British singer captioned his post stating, “Me and @mslegendary made a tune after me being in love with her Equal Rights cover of Shape Of You. I love her, and loved working with her, Brace It comes out on friday, and I hope you love it too !x”

Based on the preview it should an interesting listen come this Friday to hear how cohesive the two are on this project.

Ed Sheeran recently captured double honours on the PPL’s most-played chart in his homeland after being named the most played artiste and securing the most played song with the single ‘Bad Habits’. The official video for the aforementioned has amassed over 382 million views on Youtube.