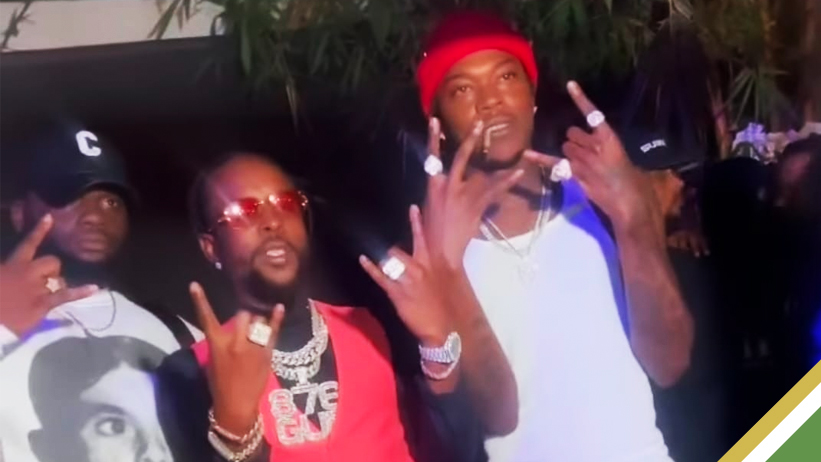 On Monday evening, popular hot spot, The Cove was abuzz with activity as members of the entertainment, media and legal fraternities, along with family and close friends, streamed inside the venue for a private listening session of Popcaan’s fifth studio album, “Great Is He.“

Initially slated for 6-10 pm, the event got off to a late start as the man of the moment did not arrive until minutes after 9, accompanied by a sizeable entourage.

Despite the heavy media presence, the Unruly Boss was very guarded about interviews. However, in a brief speech, he used the opportunity to thank everyone for their continued support.

Now available for pre-order, “Great Is He” is slated for release on Friday, January 27, and will comprise 17-tracks with features courtesy of former Jamaican beauty queen Toni-Ann Singh, Chronic Law, Canadian rapper Drake and the African giant Burna Boy.

Of the seventeen offerings, only four have been previously released, namely “Skeleton Cartier“, “Next To Me“, “We Caa Done“, and the latest “Great Is He.”

Great Is He” will be Popcaan’s fifth studio album, following the success of “Where We Come From“, which reached No.2 on the Billboard Reggae Albums Chart, and “Forever“, which debuted at No. 171 on the Billboard 200 Chart. The anticipation for “Great Is He” has been building up over the past year.