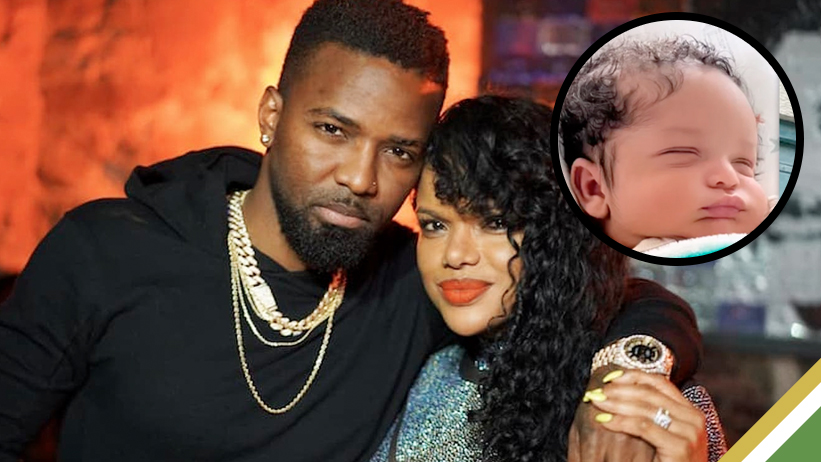 Dancehall artiste Konshens and his wife Latoya Spence Wright recently welcomed a new addition to their family with a baby boy, now their second child together. On Monday, the entertainer posted a video of the newborn via Instagram, using the opportunity also publicly to announce his name.

The Gyal A Bubble singer captioned the post, “Say wsup Zayn”. The video reveals the seemingly alert newborn stretching as his father keenly observes and kisses his forehead.

Liam Spence, Konshens and his wife’s other son, is now six years old.

Latoya, affectionately called “Latts”, was reported missing in Miami during her most recent pregnancy, which induced concern for the couple. The news of her disappearance amid the pregnancy became a topical matter across various media platforms.

Subsequently, Konshens revealed that Latoya was found at the hospital after being in an accident.

Married since 2017, the relationship between the Fort Lauderdale-based couple has endured its share of public trials and triumphs. Last year, the deejay’s wife announced that her status had changed; she was now single. Contrastingly, Konshens appearing on the Magnum Tonic Wine show Spice It Up insisted that he was still married.

Although his wife may have implied he was cheating on her, they have never publicly disclosed the source of their issues. In recent years, Latoya has avoided sharing her life on social media, instead confiding in her son Liam.