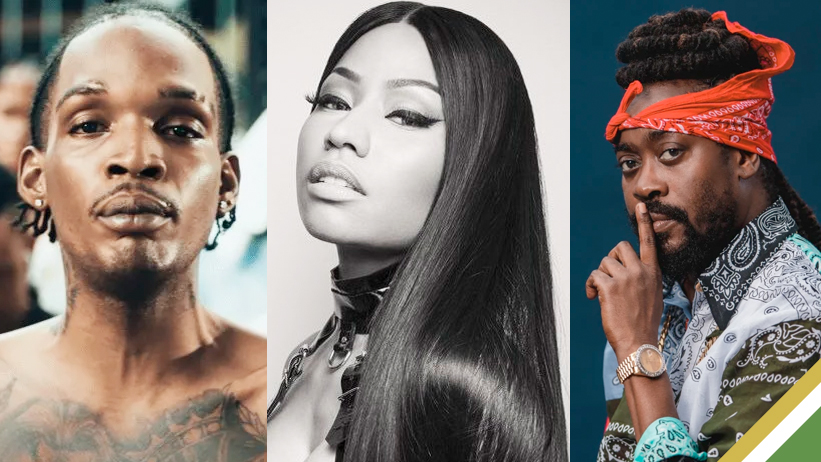 On Sunday night, Trinidadian rap star Nicki Minaj was honoured with the Video Vanguard Award at this year’s staging of the MTV Video Music Awards (VMAs), held at the Prudential Center in Newark, New Jersey.

The event co-hosted by her along with LL Cool J and Jack Harlow saw Minaj paying tribute to several icons and colleagues who have been instrumental in her ascension. Atop the list were Michael Jackson and Whitney Houston, dubbed as her heroes. She also used the opportunity to thank Kanye West, Beyonce, Madonna, Eminem, Britney Spears and Barbadian superstar Rihanna. Staying within the Caribbean territory, she extended her gratitude to the region’s people and gave a special shoutout to Jamaica, Beenie Man and new sensation Skeng,

“Thank you, Rihanna and all my Caribbean people, but Beenie Man, thank you for everything and all of Jamaica, Skeng wah gwaan!” – she stated

Released on Friday, the single now occupies the No.10 spot on the US iTunes 100 Singles chart and No.42 on the Worldwide iTunes Song Chart. It underscores another milestone for the Jamaican, making his debut on the respective charts.

The official video has accumulated over 2.7 million views since released in early July.