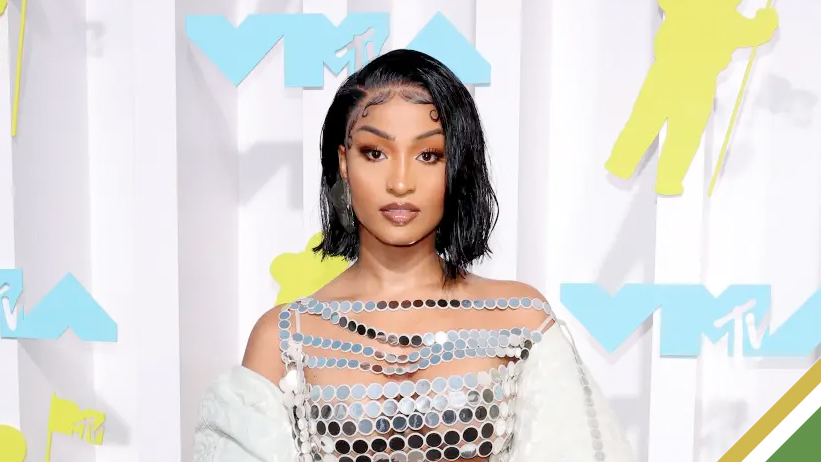 Dancehall songstress Shenseea is pushing back against an article published by the Jamaica Observer highlighting her loss at last Sunday’s MTV Video Music Awards (VMAs) held at the Prudential Center in Newark, New Jersey.

Responding to the article, the Lick hitmaker took to her official Twitter account, retweeting the story with the caption, “I get more love from foreigners than my own place of birth and everyone can see that. Cuz huh? How about thank you for repping [Jamaica Flag] and putting in the work to even get nominated after so long?”

Ironically, in a previously published article dated July 26, 2022, titled, “Shenseea gets first MTV Video Music Award nomination“, the tabloid praised her for securing the nomination and being the first Jamaican to be selected for the internationally acclaimed award.

Since vocalising her thoughts online, the post has garnered mixed reactions from the general public. 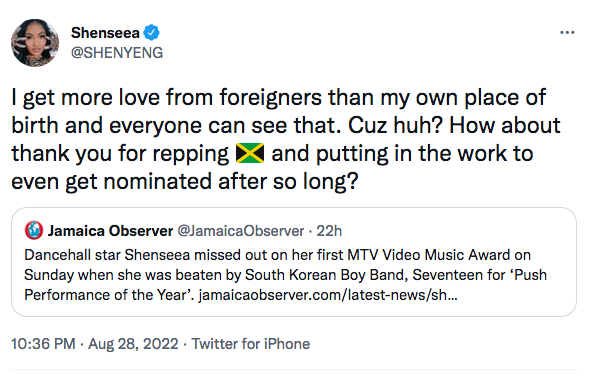