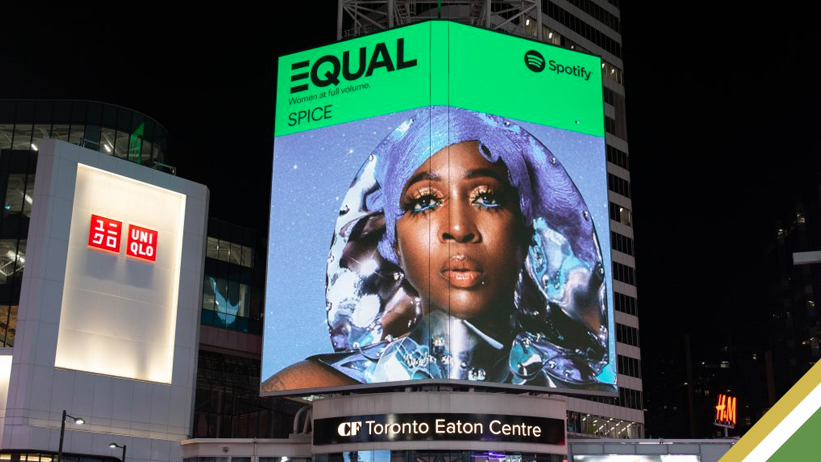 Dancehall queen Spice, now on a ten-city tour of Europe and the United Kingdom, is among the new faces for Spotify’s EQUAL Campaign.

The campaign launched by the Swedish streaming giant adapts a playlist format, which is a dedicated space to highlight female creators. The EQUAL Global Music Program extends resources and opportunities to women artists and amplifies their music through the flagship EQUAL Global playlist and EQUAL local playlists.

Spice can be seen on billboards throughout New York’s Time Square and Toronto’s Yonge-Dundas Square in this latest push by the platform.

The Grammy-nominated entertainer and entrepreneur reign was solidified when Spotify and other streaming platforms recognized her as one of the leading acts to conquer the charts in her respective genres. Fans of Spice have collectively streamed her music over 643.4 million times on YouTube and 65 million times on Spotify, making her one of the most-streamed female artists in her genre.

Meanwhile, amid her current tour, Spice will hop over to Canada on June 24 for her headliner assignment at Pride Toronto’s Festival hosted by the country’s LGBTQ community before jetting off to Portugal to resume her European exploits.