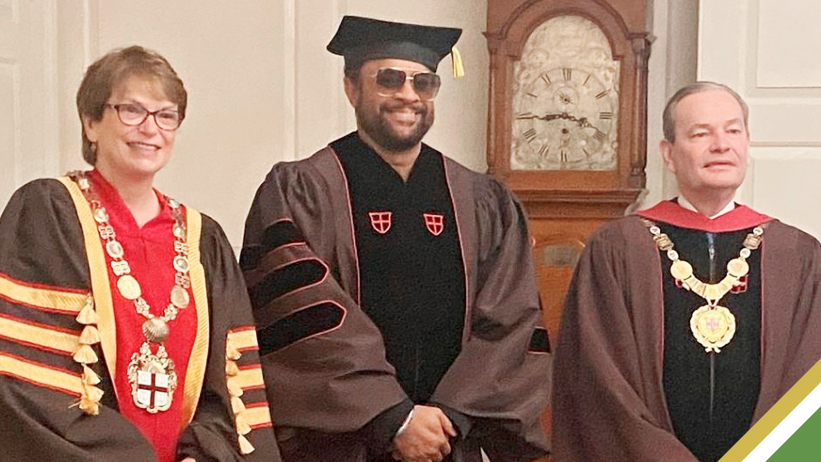 An honorary Doctorate of Fine Arts from Brown University in the United States has been conferred on Jamaican music stalwart Orville Burrell, better known by his stage name “Shaggy.”

Last Saturday, the “Boombastic” hitmaker was awarded his Doctorate at the esteemed Ivy League college in Providence, Rhode Island, during the Undergraduate Class of 2020 Commencement Ceremony.

After delivering a speech about his journey and influences, the entertainer also served up an energized performance of his popular songs, which had the graduating class singing in unison. Cheers could be heard echoing throughout the auditorium as Burrell went up to the podium.

Shaggy’s style, voice, leadership, and impact on the Reggae and dancehall genres and its “development in American pop culture” are all lauded in the citation from Brown University.