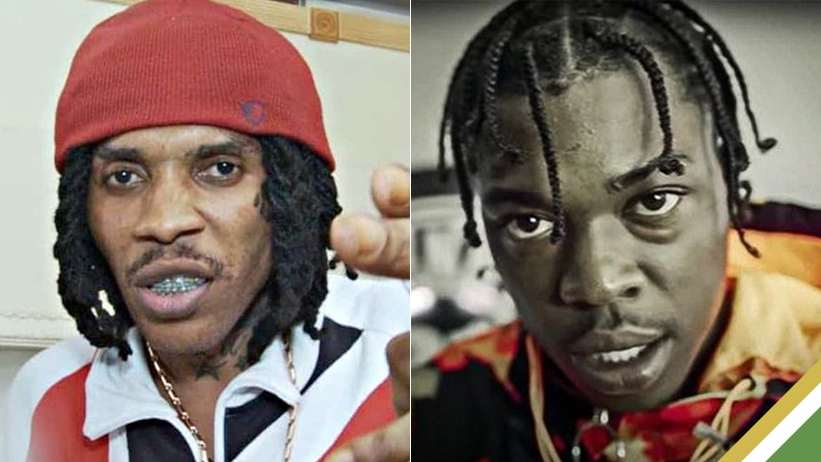 Dancehall star Skillibeng on a sojourn in the United Kingdom, recently stopped by Britain’s Capital Xtra to sit down with broadcaster Ras Kwame to address several topical points.

Aside from the current controversy surrounding “Whap Whap”, the Jamaican entertainer also used the platform to pay homage to incarcerated deejay Flippa Moggela (formerly Flippa Mafia), whom he credits for his name. Skillibeng says he got the name from the intro of a song done by the artiste and used it from high school (more as slang amongst his friends) until it became his official moniker.

On his lyrical prowess and understanding of artistry, the artiste who has nine subjects at the CXC level, credits his love for English Literature and Vybz Kartel, respectively. The “Crocodile Teeth” hitmaker explains that he always tries to express his thoughts contrary to the norm.

However, for Skilli, his augmented admiration for Kartel came during the pandemic. According to him, the global crisis mimicked being incarcerated as people’s movements were restricted. In some instances, they were not allowed to leave their homes, and we saw how much unrest that created. Therefore, imagine Kartel in this situation for over a decade, yet he remains relevant. It could be argued that his presence experienced a surge, with him even being interviewed on an international news platform.

For Skillibeng, the lesson from that experience is that you have to create a mystical persona and let your art travel; even if people don’t see you, they hear your music, which drives demand for the product.

Locally, the St. Thomas deejay has been nominated for “Breakthrough Artiste of the Year” in the 2022 edition of the Jamaica Reggae Industry Association (JaRIA) Honour Awards set to unfold Sunday, April 17.